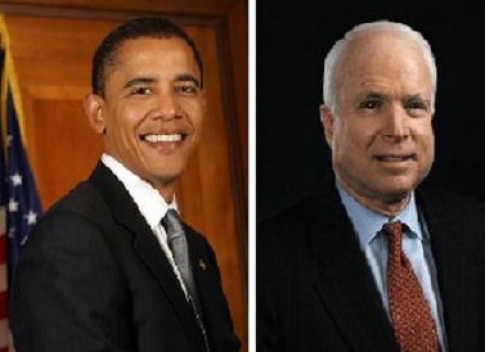 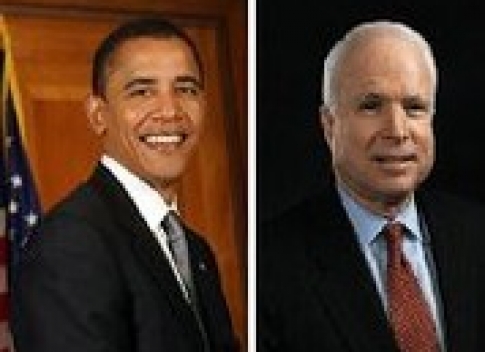 America’s policy on Africa is not an issue that is likely to take center stage during the 2008 presidential election. But that does not mean that we Africans have no stake in the elections.

Although there are several candidates on both sides of the U.S. political spectrum running for nomination to succeed President George W. Bush, the number among them with knowledge of and concern about Africa is limited. What is on record about the candidates’ foreign policies on Africa is often brief and sometimes based on the stereotypical continent-in-dire-need attitude.

With Super Tuesday just under a week a way, Mshale has decided to endorse one Democrat and one Republican for president.

On the Democratic side, we believe Sen. Barack Obama of Illinois represents the best hopes of our continent getting the recognition it deserves in the world. Obama is our choice not only because of his African parentage, but because he has a following from people from all political parties.

Obama’s wins in Iowa and South Carolina are proof that he is a formidable challenger capable of reaching out to voters across the nation. This is a quality that will help him triumph over partisan politics that often delay action in Washington, D.C.

Obama’s four-nation visit to Africa in 2006, and his concern about the genocide in Darfur, and most recently about the ethnic violence going on in Kenya give him an advantage the other candidates do not have.

But most importantly, Obama offers inspiration to children of African immigrants by proving to them that if they work hard, they too can achieve great things.

On the Republican side, we couldn’t find anyone more suitable than Arizona Sen. John McCain. McCain believes that the United States should be more involved in promoting democracy in Africa.

In a speech he gave at the Hoover Institution in May 2007, McCain called for the United States support those in Africa “who favor open economies and democratic government against populist demagogues who are dragging their nations back to the failed socialist policies of the past.”

McCain also advocates for a NATO-enforced no-fly zone over Darfur. In a 2006 opinion piece in he Washington Post, he asked the United States to pressure the European Union and the UN Security Council to impose sanctions on the Sudanese government, and to “publicly remind Khartoum that the International Criminal Court has jurisdiction to prosecute war crimes in Darfur and that Sudanese leaders will be held personally accountable for attacks on civilians.”

The Arizona senator also appeals to both Republicans and Democrats. But his strongest trait is his willingness to go against Republican policies if he believes that they are insensitive and bad for the country.  McCain is a political maverick, who is not afraid to defy Republican orthodoxy on several issues. For example, he is a fierce opponent of the Bush administration’s use of torture in the war on terror.

McCain’s partnership with Massachusetts Sen. Edward Kennedy to co-sponsor the Comprehensive Immigration Reform Act of 2007, which could have allowed illegal immigrants to become legal, also proves that he is a nice guy who recognizes the importance of immigrant families to stay intact.

We look forward to seeing McCain and Obama battle it out for the presidency.