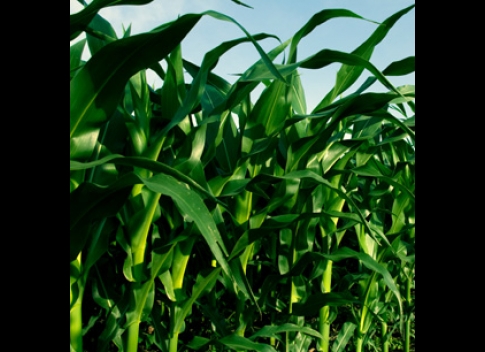 As conversations about global warming, energy sources and sustainability become more frequent, I have been forced to ask myself “how long can we keep living like this?”

Our living habits require an enormous amount of fuel from finite natural resources. Basically our standard of living is not sustainable. Our society has taught us a standard of living that relies on petroleum, coal, and wood to work.

And while we rely on these natural resources, we know they are not only bad for the environment, but both economically costly and limited.

Despite our limited alternatives, we know that recycling cans instead of throwing them away, using public transportation instead of driving and turning off electronics and lights when not in use are all small, but important, ways we can respond to save energy and decrease our personal contributions to global climate change.

While the causes for, and impacts of, climate change become well understood, the “green” lifestyle and “eco-friendly” products have become more fashionable and common place for many people. Similarly, some corporations have begun to promote sustainable practices and materials for consumers’ homes, workplaces and personal lives in large part because “green” living is good for the company “bottom line.”

As part of this “sustainable living” trend, and as a possible answer to the growing climate crisis, agro-fuels are being introduced as the next best renewable energy source.

Agro-fuels are crops including sugarcane, maize, soya, African oil palm, jatropha and eucalypt, and can be converted into fuels that could potentially replace crude oil or petrol. Recognizing that limited amounts of current energy sources exist, alternative energy sources will continue to grow in importance over coming years.

Agro-fuels as alternative energy sources are being supported by national governments, International Financial Institutions and multinational corporations despite the fact that they are mono-culture crops, crops that promote the growth of one species at the loss of crop diversity. Decreasing crop diversity often negatively impacts local agricultural workers as communities stop providing food for themselves and as small farmers are forced to work for larger agri-businesses.

Supporters of agro-fuels claim they will not only reduce our dependence on petroleum, but also address the global climate crisis and provide potential business opportunities.

Not surprisingly, these crops grow and flourish throughout much of the African Continent and throughout Latin America and the Caribbean on lands occupied by Afro-descendants.

International aid agencies, and many African nations’ governments, have been quick to endorse the further development of bio-fuels throughout the African Continent. African environmental groups and their partners around the globe have swiftly responded with concerns about the protection of ecological diversity in areas where bio-fuels are grown. Though proponents claim agro-fuels will remedy the negative impacts of petroleum usage, environmental groups have argued that the long-term use of agro-fuels would have relatively minor environmental benefits.

Agro-fuel production throughout Latin America and the Caribbean often takes place on illegally stolen lands, resulting in the forced displacement of thousands of people.

During a recent trip to Colombia, I spoke with Afro-Colombian leaders who talked with me about the negative impacts of agro-fuels, including sugarcane and African palm oil.

They shared their concerns and the realities that while these crops may seem like an environmentally friendly replacement for oil, their manufacture increases food insecurity within local and regional food markets, decreases food diversity for consumers and has been linked to violence

I can’t say I am surprised to see corporations, and their political allies, seeking a quick fix to a globally, fundamental problem. The result has been economic advancement and development by and for the wealthy at the peril of communities of color throughout Africa and the African Diaspora.

The first step to addressing the global climate crisis has nothing to do with alternative energy sources, but changes in our own habits, in addition to pressuring corporations and governments to develop real and sustainable energy alternatives.