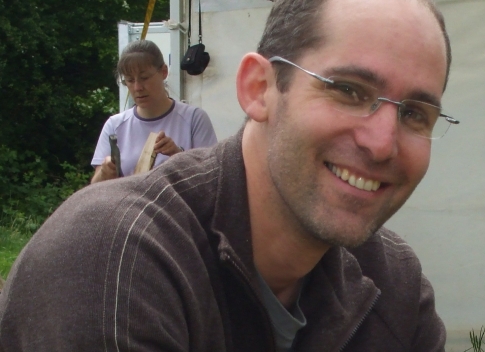 For well over two decades now, Sub-Saharan Africans have been fighting the insidious spread of HIV with everything from latex condoms and faith-based programs to an array of drug cocktails, yet the disease has continued unabated.

For well over two decades now, Sub-Saharan Africans have been fighting the insidious spread of HIV with everything from latex condoms and faith-based programs to an array of drug cocktails, yet the disease has continued unabated.

Help may finally be on its way.

Health care providers and HIV prevention advocates are now putting their hopes in a mundane and low cost, but powerful weapon against new infections: male circumcision.

Trials in Kenya, Uganda and South Africa have now demonstrated that male circumcision can reduce the rate of HIV infection in men in heterosexual relationships by 50 – 60 percent.

Experts are hailing this as a significant breakthrough, so much so that the United Nations Joint Programme on HIV/AIDS (UNAIDS) has recommended that the provision of safe circumcision services be increased in countries with high HIV prevalence. UNAIDS is encouraging African governments to prioritize medically supervised circumcision of HIV uninfected men between the ages of 12 and 30 years old.

When asked about a universal circumcision policy here in Minnesota, where the Department of Health 2007 surveillance data showed that African American and African-born males account for 32 percent of new HIV diagnoses, even though they make up only five percent of the state’s male population, Dr. Richard White, a HIV prevention researcher, was a little circumspect.

“There is no doubt that male circumcision is an exciting and important HIV prevention strategy, and is being successfully scaled up in many populations. But male circumcision is also sometimes associated with strong cultural and religious beliefs so it should never be imposed and, if it is promoted, must be done in a culturally sensitive way, and with ethnic communities that find the practice acceptable.”

“Minnesota does not have a universal male circumcision policy,” said Peter Carr, Director of HIV/AIDS at Minnesota Department of Health.

“If we identified a trend in a particular community, our approach would be to implement targeted promotion efforts, and consult with providers that service the African and other minority communities to find culturally-relevant solutions.”

Melanie Bacon, a Nurse Consultant at the National Institute of Allergy and Infectious Diseases (NIAID), part of the National Institutes of Health (NIH) said, “The objective here is to see male circumcision as part of a comprehensive prevention toolkit which includes the correct and consistent use of condoms, abstinence and the reduction of sexual partners.”

“It is important that proper messaging accompanies any HIV intervention strategy”, said Bacon, who is the Medical Officer for both of the male circumcision trials funded by NIAID.

According to the NIH, among the 2,784 men who participated in the study in Kenya, some for as long as three and a half years, 62 percent contracted HIV while uncircumcised and only 27 percent have acquired HIV after circumcision. It is estimated from the study data that circumcision cuts a man’s risk of HIV infection by 64 percent.

Dr. White, who is Mathematical Epidemiologist at the London School of Hygiene and Tropical Medicine warned, “Male circumcision is not a vaccine. Even if you are circumcised, if you continue to have unprotected sex with an infected person, you are still likely get HIV in the end. Male circumcision does not provide complete protection and circumcised men should still be encouraged to use other prevention choices available to them, such as condoms.”

Bacon said HIV targets cells that are very close to the inner surface of the foreskin, so taking out the foreskin reduces the potential of being vulnerable to HIV infection. She said the foreskin may trap the virus close to the vulnerable target cells, providing a greater chance for access; additionally, during sex there are often tiny microscopic tears that can be an entry point of the virus, by removing the foreskin as a result of circumcision, you are better protected.

When AIDS first began to surface as a pandemic in Arica, researchers noted that men who were circumcised seemed to be less likely to be at risk of being infected. Groups that circumcised boys tended to have lower HIV rates than those that did not, and that Africa’s Muslim countries, where circumcision is the norm, had fewer AIDS cases than predominantly Christian countries. However it was really difficult to tell if it was circumcision that was the cause or other differences between the groups, such as differences in sexual behavior.

The first definitive evidence came in 2005 from French AIDS researchers, when a “randomized-controlled” trial was carried out in South Africa. One group of males was randomly assigned to be circumcised, and one group left uncircumcised. Then researchers waited while the men went about their normal lives. The trial was a success, so successful in fact that it was halted prematurely – the men who had been circumcised were 60 percent less likely to have gotten HIV than the men who were uncircumcised.

Then in December 2006, two similar studies in Uganda and Kenya were stopped early by the NIH, again because they were so successful, male circumcision was shown to prevent HIV acquisition through heterosexual intercourse.

In an interview from his office in London, Dr. White said, “This is one of the most effective intervention strategies in the fight against HIV – three trials in three countries among three separate populations – all have shown exactly the same thing!”