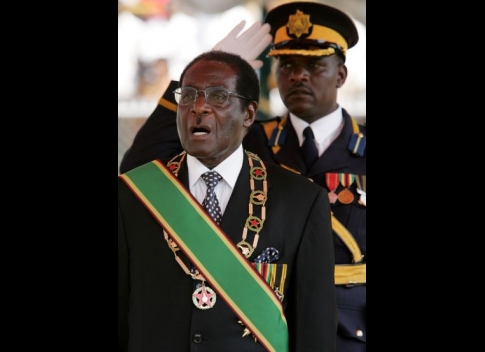 In a democratic set-up, governments are “instituted among people to derive their just powers from the consent of the governed.”

You may even go further and call it a dictatorship of the majority that creates opportunities for the interests of the minorities.

You are a liberation war hero, no one questions that. The Unilateral Declaration of Independence by Ian Smith that went unpunished by the British created conditions for a peoples’ revolution which you championed and won! I say Bravo!

The British defaulted in the Lancaster House Agreement as far as paying compensation to “white settler farmers” whose land was to be re-distributed to the indigenous landless Zimbabweans. We still hold Britain accountable for this foul play!

We know for a fact that some 4,400 whites owned 32% of Zimbabwe’s most arable and fertile agricultural land while millions of African Zimbabweans were living in semi-arid parts of the land in smallholder plots accounting for only 38% of the available farm land. This disproportionate land ownership, – was and is – unacceptable!

The African Union (AU) supports your uncompromising position on the land question and respects your country as a sovereign state.

Comrade Mugabe, you have remained in power for 23 years and you are 84 years old now. Think about it. I know your bitterness stems from history, for instance being jailed for 10 years without trial before you were able to seek refuge in Mozambique from where you launched a come-back guerilla war that gave you the Presidency.

You brought neo-colonialism to their knees in Rhodesia in 1979 by the Lancaster House Agreement that gave you a hero’s welcome to your motherland Zimbabwe. We have not forgotten all that. It is part of your legacy and history and our great grandchildren will read about it and thank you for your sacrifices.

The younger generation has seen how elections were conducted in Zimbabwe in the recent past. For all intents and purposes, it looked like a power-sharing deal between Zanu-PF and Movement for Democratic Change (MDC) was struck, Kenya-style!

This union should give you breathing space to look for an honorable exit strategy.

Africa does not want to have another Dr Hastings Banda (the Malawi experience)!

Ousted President of South Africa, Thabo Mbeki, helped broker the power-sharing deal and Zimbabweans breathed a sigh of relief when things appeared to come to a good conclusion. They saw hope of living in peace and would then work with the international community to address the global economic meltdown that has been hurting every one, and more so Zimbabweans!

Your election re-run, boycotted by the opposition, that gave your Zanu-PF party 147 of the 150 parliamentary seats, is no justification to monopolize power and disregard the gentlemanly negotiated power sharing agreement with your opponent Morgan Tsvangirai.

Giving most sensitive cabinet posts to your party – contrary to the spirit of the power sharing agreement – does not sound right!

Comrade Mugabe, have you forgotten that in the national referendum, you did not win? As a Roman Catholic, spiritually anti-gays and a man with seven degrees, are you not capable of telling when the time has come for you to prepare a successor who will keep the revolution you started alive?

How will you benefit if the major export commodity of your country – tobacco – continues to decline leading to rising joblessness? The war-like situation in the land has contributed to a looming famine with about 5 million of your people having to resort to food-handouts!

Comrade Mugabe, I know you have a few friends in the African Union, and some European powers like France have stood with you. Your one-year suspension from the Commonwealth could be over, but some white settler farmers are attracting sympathy as they consider themselves Zimbabweans now being discriminated due to the color of their skin!

I am not sure that the wounds of presumed apartheid Zimbabwe can be healed through outright revenge. There has to be a middle-road that will minimize the suffering of Zimbabweans both white and black.

Military control and police brutality is not the right way to go. Listen to the Zimbabweans. Give them what they want to lessen their present suffering. Certainly, your historical role will not diminish if you transition in a good successor and no-one will put you on trial in an international court for human-right violations.

The history of Zimbabwe has been very complex. You have done your share and it is time for you to go and allow a member of the younger generation carry forward from where you stopped. Please do this for the sake of Zimbabweans and retire in peace and dignity. Devote your time to work for meaningful African unity!

If you do not do what is right for you now to lessen the suffering of your people, I can see an unstoppable wave of another revolution that will sweep you out of power in disgrace. Make the right move now for the sake of Zimbabweans and for the sake of your lasting legacy – Mandela style!