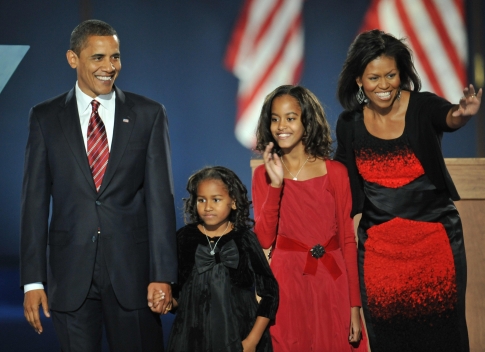 Editor’s Note: America made history when on November 4th 2008 the country elected its first African American to its highest office. In that moment, America made a great leap towards hope and change for millions of its citizens, the very mantra that was President-elect Barack Obama’s message throughout his two-year campaign. The African community in Minnesota came out in unprecedented numbers to participate in this historic election.

Mshale’s reporters were on hand to record this moment in American history.

Liberians in Brooklyn Park Vote
On election night, there was no sense of anxiety at the polling stations in Brooklyn Park and Brooklyn Center, both cities have a high West African population. News reports across the country had anticipated that voters would stand online for hours. However, by early evening, the queues at the polls were pretty short. There were two people in line who identified as African.

Like most Americans, they felt like they were participating in a very significant and historic event. It was crucial that their vote be counted. Many voters here did not want to express their candidate of choice: from the polls to the barber shops and street corners. However, it was clear that everyone was excited about voting, because it was all everyone was talking about.

In a beauty salon in Brooklyn Park, one voter expressed that she voted for the candidate who was “closer to God.”

Another first-time voter from Liberia at a polling station at Zanewood Elementary School, revealed that she had just become a citizen a year and the half ago, but was not comfortable expressing to the press who her choice for president was.

Yet, it was clear that a majority were Democrats. Africans have overwhelmingly voted for the Democrat party. It seemed then, that many of these voters were saving their excitement for later that night, when the final results would be announced.

It was a long night, as people sat glued to either their computers or television sets as they watched projections come in. Others gathered in restaurants and bars as they anxiously waited for the results.

Jonathan Early, a native of Liberia who owns an African grocery store in Brooklyn Park seem especially antsy. He was keeping tabs on the early projections expressing disbelief when he saw McCain was ahead in the southeastern states. A Democrat, his initial support had been for Sen Hillary Clinton, but had now cast his dye for Obama. He was a little doubtful of an Obama victory, but expressed slight optimism, ” Americans are full of surprises, ”he said. As the night wore on, and projections were increasingly made in Obama’s favor, his doubt grew into a certain confidence. He was not alone in his exuberance. Everyone it seemed, was grasping onto a victory that would make history.

It was a hopeful atmosphere. Nigerians, Ghanaians, and Liberians gathered in numbers everywhere to watch the results. The immigrant community, it seemed had been given a voice. They too, like the rest of America, craved the change that Obama promised to bring. For the first time in their lifetime, the immigrant community felt the unity that Obama had been speaking about all through his campaign.

That Evening in Brooklyn Park
A couple of hundred people gathered at a bar and night club in Brooklyn Park, Klub Afrika with their eyes focused on the 4-way flat-screen television sets hanging over the bar like chandelier. As the election results trickled in through the night, they engaged in excited conversation as they anticipated an Obama victory. Others were on their smart phones chatting online, reading opinions online, but most just watched attentively and waited.

Ben, a Nigerian who lives in Brooklyn Park, on the other hand, could not contain his excitement, “This is history, and we are all a part of it. It’s been a long time coming!”

“I am happy about this historical election. It’s not about Obama as an individual, but the whole country. I hope he helps to move this country forward on issues like the economy. As far as what the win means for the world… His administration should consider the humanitarian crises around the world, especially in Africa, “Carl, a Liberian, New Hope resident as he mulled over the meaning of America electing its first African American president.

Boyd Morson, an African American, City Council candidate for Brooklyn Park also expressed the significance of Obama’s victory, “Today a nation of all people, races, creeds, and ethnicities.. voices were heard and were in sync, as we together witnessed a monumental milestone made in America. We together helped elect the first African American to serve this country in the White House. Today, we grew as a nation as we began to recognize the value and importance of all people working and coming together”.

Welde is Liberian American woman who just recently moved to Brooklyn Park had this to say, “I am excited! It shows that Black people can do anything. But, also it’s not only about race, because once you are intelligent, you can beat the odds. He proved it! In my country [Liberia], we have the first female president in Africa! Then there is the first Black president in the U.S. So many historical things are have happened in the 2000s, in our generation. What are my expectations? Obama should do what he says. Young people should also educate themselves so they can beat the odds. Education is key, especially if you want to be president.”

Richie another Liberian American, a resident of Coon Rapids, addressed the youth, “This is inspirational for young Black people, young black males in particular. They can be inspired to do anything! I know that he has to cater to the majority as a politician, whom are white, but I see it as an inspiration because of his race.”

Minneapolis’ Loudest Celebrations: Cedar/Riverside
At the Cedar-Riverside Kilimanjaro Café patrons sat with their eyes looking upwards glued to the television set. As the night wore on, many of them robotically sipped on their drinks in anticipation while others engaged in small talk. No one was placing bets, however, if they were all the money would be on Obama. This mostly East African crowd was pro-Obama. The results trickled in much slower than most would have liked and each positive result for Obama was greeted with cheers and shouts of Pewa! (Swahili slang for have another drink).

Shortly after 9pm, when CNN called the election for Obama, there were screams. “Oooooooohhhhhhh,” was the immediate response from the crowd. Those who had wrongly timed a cigarette break immediately dumped their cigarettes and ran into the restaurant. Others began jumping onto chairs and tables. Kilimanjaro owner Abrham Kasha got out the champagne bottles and the party began. Kenyan immigrants may not have been the majority in the restaurant, but they were definitely the loudest. They held up a large Kenyan flag and sung cheer songs and eventually broke into singing the Kenyan national anthem. The non-Kenyans chanted USA! USA! Others chanted OBAMA! OBAMA! The noise died down for a moment when a surly-looking Sen John McCain gave his concession speech.

Soon, Kilimanjaro Cafe was too small for the celebrations. Also, people started receiving text messages and phone calls that the party had spilled into the street.

It seemed that almost all the residents of the Cedar-Riverside apartments were out on the streets celebrating Obama’s victory.

The street celebration was nothing short of crazy. People were on the street, blowing whistles waving Obama signs, chanting, dancing and beating drums. At one point they had the whole street blocked off and the police had to come and ask the revelers to move the celebration to the sidewalk. Reluctantly the crowd splintered into two, with groups on each side of the street. There was a moment of calm when everyone headed into an over packed Nomad Pub, to watch Obama give his victory speech. Then after that is was back to the streets and it was as if the truth had finally sunk in.

Barack Obama ‘was’ the President-Elect of the US. Motivated by this realization and Obama’s speech, the jubilation reached a new frenzy and this time it was hard for police to keep people off the streets. They were patient though and at one point put a young man in a squad car only to be confronted with chants of “LET HIM GO! LET HIM GO!” Eventually the young man was freed and the party went on until just past 3am.