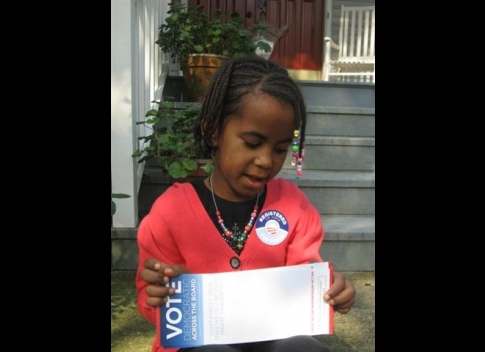 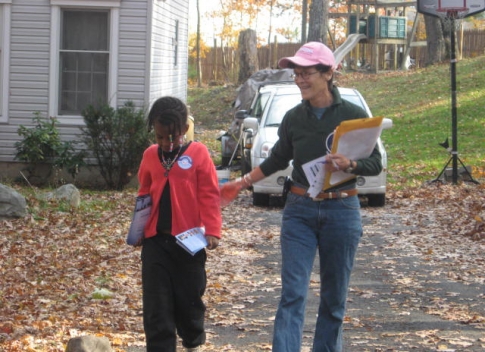 NEW YORK — About six months ago, my then seven-year-old daughter, Tibarek, awakened early one morning and called to me. “Jilly, I had a dream. Joe Biden won! And that means that if he wins, Obama will win, too. So, you don’t have to worry!” I told her that her dream was wonderful and I hoped she was right. “Kids just know these things,” she said. “Adults just have to listen to us sometimes.”

My prescient daughter was right and Wednesday, I awakened her to say, “OBAMA WON!” “Stop kidding me!” she responded with a smile. “You’re sure?” And we, like the vast majority of Americans, started our day with a profound smile.

I’m still digesting Obama’s victory and what it means to me. Each time I hear someone on TV, I think “Oh, that’s what it means.” Optimism. Potential. The fruits of hard work. The core of what America means to the world. My elation that a man of high intelligence, calm and caring has won is reinforced by the flood of emails from friends around the world who are SO excited with us – the friend in Amsterdam who was invited to FIVE parties to watch the results, the friend in Tel Aviv who sees a new day in the Middle East, my “sister” in Mexico City who is crying with emotions for future generations.

But there’s a profoundly personal joy in Obama’s victory that I haven’t quite articulated but it goes something like this: Because I am Tibarek’s mom, I feel an extra connection to the joy of the African American and African communities here and all over the world that a black man is the new leader of America. I am overjoyed that Tibarek has been in the United States during this formidable time, when women leaders are the norm, Spanish is the language she hears and is picking up, and black faces are those of our leaders.

She voted with me for Hillary for senator and Obama for president; we canvassed for Obama in Pennsylvania; we talk about policy and fairness. I love it that she will see little girls who look like her living in the White House. I am proud to have participated in activities which show her in the importance of being involved.

Each time I hear Obama talk about world cultures, diversity in America, intercultural understanding, his comfort with true multiculturalism simply exudes from his words. And herein, I feel an almost secret connection, perhaps my own little invention of understanding. Obama’s anthropologist mother brought him up in a world where different cultures, looks, languages, religions and nationalities were daily fair. This was formative. We hear his even-handed comfort with culture in every utterance of foreign policy and take on domestic diversity.

I am Tibarek’s anthropologist mother who also lives in that world, with a huge embrace of “other” as the norm. Tibarek’s Ethiopian mother entrusted me to take her beyond their limited resources, expand her world, grow and blossom. I promised her I would and am taking this amazing person along for every possible opportunity that comes our way or that we can create. From knocking on a door in Pennsylvania, I figure she’ll soon be knocking on another door on Pennsylvania Avenue for a play date.