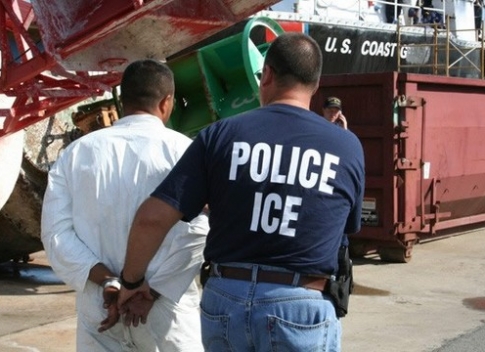 NEW YORK — The buzz filling Blackberrys, busy halls and spacious deal-making rooms in Washington appears to signal that spring arrived early this year for immigrants. In the last week alone, several prominent figures—outgoing President Bush, President Obama, Mexican President Calderón, Los Angeles Cardinal Mahoney, to name a few—have discussed the possibility of comprehensive immigration reform. And, as in the previous failed attempts at reform in 2006 and 2007, legalization for the more than 12 million undocumented among us occupies the center of forums, speeches and other public statements of Democratic and civic leaders in the beltway.

“Immigrants must be brought out of the shadows so they can fully contribute to our nation’s future economic and social well-being,” declared Archbishop Mahoney during a recent teleconference with the National Immigration Forum.

While laudable in its intent, the legalization-centered approach of Mahoney and others may not be the best way to deal with the tragic legacy of failed immigration reform: spikes in anti-immigrant, anti-Latino hate crimes, deaths in decrepit immigrant prisons, thousands of families separated, children and families terrorized by heavily armed Immigration and Customs Enforcement (ICE) agents raiding their homes.

These efforts are inadequate because, contrary to the new Washington consensus on immigration, the greatest single need in immigration reform is not legalization. Rather, what is most needed is moral imagination.

The predominance of the “practical” considerations – “immigrants are good for the economy,” “we need tough and smart enforcement,” etc.— framing the arguments in favor of comprehensive reform should be balanced by a simple, but now elusive fact that smashes any of the discursive frames prevailing on either side of the immigration debate: undocumented immigrants are first and foremost human beings whose lives are as sacred as that of any other being.

Although all advocates surely believe this, not all voice it as much as they used to.

Thankfully, the possibilities of the political moment reflected in the election of Barack Obama and a new, more Democratic Congress offer us the best opportunity to return morality to the center of an immigration debate that has reached dangerous levels of absurdity, if the spate of murders of immigrants here in “liberal” New York and other cities are any indicator.

Although Mahoney, Bush and other backers of immigration reform have included some moral arguments as part of their case, the Washington, D.C., realpolitik of the past decade has pushed moral considerations into the shadow of the legalization-centered approach. Consider, for example, how Mahoney, Bush and other backers of the failed McCain-Kennedy immigration reform package of 2006 to 2007, were willing to “trade off” the more than 700 pages of punitive immigration policy—increased incarceration, deportation, militarization of the border—for less than 100 pages of punitive approaches to legalization contained in the bill.

While morality cannot be legislated, moral considerations can and must be part of immigration legislation. This is the way it was before the mid-1990s, the period when Washington decided to de-emphasize moral arguments in favor of the realpolitikal legalization approach provided by high-powered pollsters and public relations consultants. This was when the now familiar immigration reform jargon—”smart and tough,” “practical” and “comprehensive”—entered our national discourse on immigration reform. I still remember how uncomfortable I felt during teleconferences organized by the National Council of La Raza (NCLR), the National Immigration Forum (NIF) and other Washington groups at the time. Hearing pollsters and advocates tell us, “Moral arguments don’t work with the voters,” made me nervous. Hearing them then call for “necessary tradeoffs” (code for accepting even more punitive immigration policies in exchange for legalization) as part of “comprehensive immigration reform” scared me.

Then—after the failure of immigration reform in 2006 and 2007—NCLR, NIF and other members of the Coalition for Comprehensive Immigration Reform produced a confidential report, “Winning The Immigration Debate,” in January 2008 advising Democratic candidates to adopt a “get tough” immigration message. This message made me wonder if some were blind to the anti-immigrant violence infecting the cultural climate like a virus. The report calls for a message that “places the focus where voters want it, on what’s best for the United States, not what we can/should do for illegal immigrants.”

It made me realize how far we had strayed from the halcyon days when moral frames of the immigration debate prevailed among most advocates.

While the responsibility for the surge in anti-immigrant hatred, violence and even murder goes to the GOP, right-leaning Democrats, right-wing media personalities and well-funded hate groups like the Federation for American Immigration Reform (FAIR) and NumbersUSA, many of us in the advocate community must come to grips with a disconcerting fact: We allowed the humanizing and protective shield of morality to be eviscerated from the discussion about human beings who happen to be immigrants.

There’s no malicious intent behind the political strategy of the “get tough and smart” approach to immigration reform. But it is problematic that, with few exceptions, none of the high-profile advocates of immigration reform has publicly admitted any errors of judgment with regard to either accepting punitive policies or enabling the evisceration of the moral frame from the immigration debate.

Rather than point fingers after the fact, it is best to put political energy and resources into doing for detention, raids and other immigration policies what many advocates are already doing around detention and torture in Guantanamo: reigniting the moral imagination that must inform the debate.

Such an approach to immigration reform will do much to address what is now a deep cultural problem in a country that has come dangerously close to normalizing hatred of immigrants in its media, in its legislatures and in its streets. If we have learned anything from the civil rights struggle we are about, it is that sometimes we have to go against what pundits and pollsters say and simply do what is right.