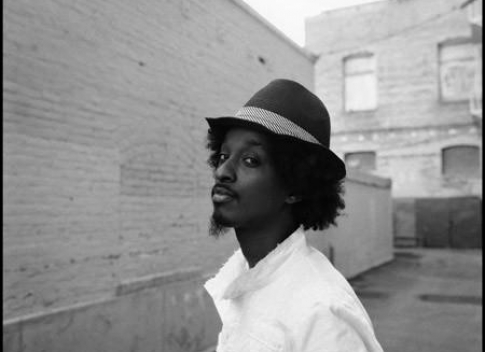 This Wednesday night marks the return of the quickly-rising Somali
MC K’naan to Minneapolis. After closing the Pan-African Festival last
summer, he is coming to the Varsity Theater in support of his new
album, Troubadour.

K’naan’s performance here has more significance than most of his
tour stops, given the large number of Somalis living in Minnesota.
K’naan himself used to live in Minneapolis, and at the Varsity you can
expect an enthusiastic crowd waving Somali flags. K’naan is one of the
few Somali MCs to achieve the adoration of Somalis under 30 as well as
the respect of older members of the community, those most often
suspicious of rap’s effects on young Somalis.

Like many of the diasporic, refugee, and immigrant artists who draw on their experiences as fodder for their art, K’naan tells the story of his own journey but raps about a wide range of subjects—he’s a Somali MC, but he can’t be pigeonholed as only a Somali MC. There are references to Somalia on nearly every song on Troubadour. For example, “Fifteen Minutes Away” is an ode to money order remittances, and “Somalia” not only addresses K’naan’s own life growing up in Mogadishu, but also media representations of Somalia that center only around spectacles of violence and piracy.

K’naan has a compelling story of emerging from war and the law of the gun on the streets of Mogadishu, and like the best MCs he tells it with a keen ear for nimble and inventive rhymes. On the Lennon-channeling “Dreamer” (with its chorus of “I’m a dreamer / but I ain’t the only one”), he spits “We from the only place worse than Kandahar / and that’s kinda hard / but we still like to party and hardy-har.”

Still, musically and lyrically, Troubadour attempts to speak to listeners who have never been to Somalia. Sometimes this combination of musical styles happens all within the space of a single song. The first ten seconds of the album’s opener, “ABCs,” feature a short sample from “Kasalèfkut Hulu,” one of the best-known songs from Ethiopian popular music legend Mulatu Astatqé; the sample is then overlaid with a bouncing synth line and vocals from Chubb Rock. In the chorus, a group of children (echoing Pink Floyd) intone “all we got is life on the streets”—a reference to K’naan’s childhood. On somber and introspective “People Like Me,” the artist gives voice to a number of different characters, including an American soldier in Iraq and a single mom struggling to make ends meet after the loss of her job.

The song where this attempt at crossover is most evident, yet least successful, is on “If Rap Gets Jealous,” a new version of a song that was also on his last record, The Dusty Foot Philosopher. Featuring the guitar of Metallica’s Kirk Hammett, the song is the most over-produced track on the album; Hammett’s guitar draws far too much attention away from K’naan’s vivid storytelling. At the same time, K’naan is definitely aware about his own place within today’s hip-hop. He takes a few jabs at mainstream rap on “Does It Really Matter,” as he cycles through the various American rap scenes as well as lyrical and instrumental clichés such as octave drops and AutoTune (the effect Kanye West used on his polarizing last album).

From AutoTune to automatic weapons, from Western Union to warlords, K’naan’s music reveals the multifaceted experiences of someone not just living, but thriving between worlds. His Varsity Theater show, featuring support from Muja Messiah and M.anifest, should provide another installment of inspiration not only for his fellow Somalis and other members of the African diaspora, but also new fans with roots in the Land of 10,000 Lakes.

This article first appeared in the TC Daily Planet.