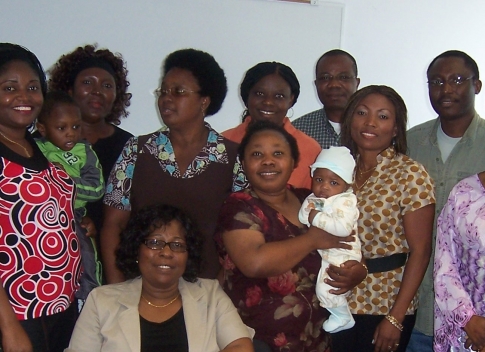 “I have killed the woman that mess my life up,” Michael Collins Iheme a 51-year old Nigerian immigrant said in a phone call he made to police in St. Louis Park, Minnesota in July last year.

Iheme had just shot his 28 year old wife Anthonia Iheme as she returned home from her nursing home job. Later in his February week-long trial, Iheme claimed that Anthonia admitted to him that he was not the father of their youngest child. His defense argued that he killed his wife in a fit of rage.

This tragedy, and several other murders across the country has shaken the Nigerian community.

“This was a wake-up call for us,” said Ngozi Mbibi, the outgoing president of the Association of the Nigerian Nurses in Minnesota (ANNIM) in an interview with Mshale.

“Domestic violence is on the increase,”Mbibi said, and shared a list of domestic violence related deaths in the past couple of years.”We need to come together and make a statement.”

Her association has decided for its inauguration party in March to host a panel of experts and community leaders and discuss effective programs and preventive strategies to prevent “this epidemic that is burning through our community”.

Dealing with domestic violence falls right into the goals of ANNM. A non-profit with a floating membership of anywhere from 35 to 100 Nigerian nurses, ANMM was created to help Nigerian nurses working in Minnesota to adjust to an American lifestyle in the home and the work place.

“In Nigeria, a man is the head of a household,” Mbibi explained. Once they move to the US the woman’s financial status is elevated allowing her some power in the relationship. “Most of the time a man will want to get his way. If the girl says no then he becomes violent.”

Felicia Ikebude another Nigerian immigrant in Minnesota recognizes that domestic violence is not peculiar to only Nigerian Americans, but is a vice that knows no cultural or economic bounds.

Ikebude stresses that abuse of men by women is also very common, particularly emotional abuse. “Because some of the women forget their culture and they begin insulting their husbands just because they are making more money.”

“We need to take a wholesome look at the family, and teach our community conflict resolution.” Both women urged members of their community to seek professional help when discusssions in their relationships do not yield results.

The Minnesota Coalition for Battered Women (MCBW) reported in its 2008 annual Femicide Report that 34 women, men and children were murdered in Minnesota as a result of domestic violence and child abuse. According to the report 21 women were killed by a boyfriend, husband or intimate partner as a result leaving 25 children without their mothers.

While the Nigerian community and other African communities work together to address violence in the family, advocates for battered women across the state continue to work in protecting battered women.

At a rally protesting domestic violence in February Cyndi Cook of the MCBW said that 19 of the women murdered by their abusive partners were attempting to seek help. She argued for stronger laws to protect these women: “Opportunities for meaningful intervention in many of these cases were missed. We must examine the reasons why are systems failed to protect these victims and make the safety of battered women Minnesota’s number one priority.”