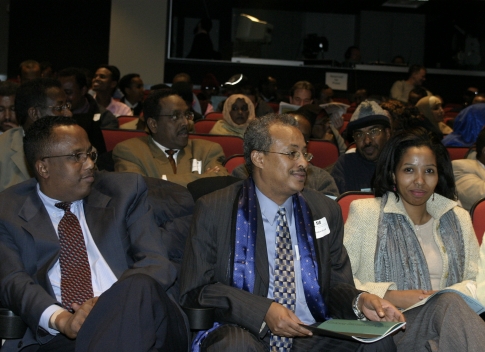 CLARKSON, GA. -– In this small town on the edge of Atlanta, the FBI and local law enforcement are looking out for an alarming kind of crime: radical Islamist terrorists potentially trying to recruit the town’s young Somali-Americans to fight a war in Africa.

There is terrorist recruitment taking place already in Minnesota, said Clarkston police chief Tony J. Scipio. That’s why his department and the FBI are looking for anything similar in the Somali-American community here in Clarkston.

In Minneapolis, as many as 20 young men have been reported missing from their homes since last fall. They are thought to have been lured into the ranks of al-Shabaab in Somalia. That group got a terrorist designation from the U.S. State Department, which ties it to al-Qaeda, bombings, assassinations and attacks on peacekeepers. A powerful faction fighting Somalia’s transitional government, al-Shabaab’s agenda is extremely strict Sharia law.

To fight potential recruiters, the Atlanta FBI has spent the last several months in what the agent-in-charge called an “outreach” program to Clarkston Somali-Americans, including mosque visits and community meetings.

“That’s what we see as a trend hitting home,” he said. “We see a lot more Internet recruiting being targeted to our youth.”

If young people go to Somalia, the FBI’s biggest worry is that they may return with dangerous souvenirs, like bomb-making or demolition skills and a radical anti-U.S. agenda.

Atlanta’s Somali-American community mushroomed after 1991 with arrivals of war refugees. Between 2000 and 2007 alone, the U.S. Office of Refugee Resettlement sent some 3,000 Somalis to Atlanta.

Because so many suffered in the war, they’re unlikely to see much appeal in returning to war, say Somali-American leaders in Clarkston.

But the alleged Minneapolis recruits spent little or no time in war-ravaged Somalia or in refugee camps. That may make young people vulnerable to a dramatic, nationalistic appeal, according to one Georgia leader.

Somalia’s transitional government is supported in part by the army of Somalia’s number one enemy, Ethiopia. The two countries have fought two formal wars in 40 years.

Al-Shabaab has no sympathizers in Clarkston, Shekhey insisted, but suggested that the other side -– the transitional government –- is frustrating, ineffective and unpopular. He jumped to criticize the transitional government’s power-sharing formula that he says reduces some Somalis to half-citizens, or non-citizens because it fixes quotas for parliamentary seats by clan.

U.S. support for that interim government rouses ire in some, Shekhey said, especially young people who reject the costs of that U.S. strategy.

Sharmarke Yonis, of the Georgia Somali Community, a non-profit headquartered in Clarkston, says that anger doesn’t always translate into a violent act.

“We might have some people who have sympathy, but not anyone who will commit a hate crime,” he said.

There’s sympathy because every religion spawns radicals who commit hate crimes, such as a person who would bomb an abortion clinic in the name of Christianity, he suggested, but emphasized that he sees no danger in Atlanta.

“In Georgia, we don’t have many, just a few listening,” Yonis said. He believes the threat is bigger in Columbus, Ohio, or Minneapolis, where the Somali-American populations measure in the tens of thousands.

No Somali-Americans are reported missing in the Clarkston area. A four-month police and FBI joint operation of surveillance and confidential informants turned up nothing, according to the police chief.

But “the word ‘FBI’ scares people,” said Hussien Mohammed, the director of Sagal Radio, a Clarkston-based station that broadcasts in English plus four languages spoken in east Africa: Somali, Afaan-Oromo, Amharic and Swahili.

“They’re coming from a country that has no law. They’ve been beaten, abused, harassed by security forces in their country … Some have been taken away in the middle of the night. People fear the same here.”

Mohammed seemed conflicted about the level of FBI involvement.

“Too many visits from the FBI have been seen in our community,” he said, but later added, “It’s their job. It’s why we’re safe.”

He’s very adamant on one point, which is backed up by other Somali-Americans and law enforcement: “These people are very peaceful like any other community. They’ve been terrorized at home enough. They want to be Somali-Americans, not just Somalis.”