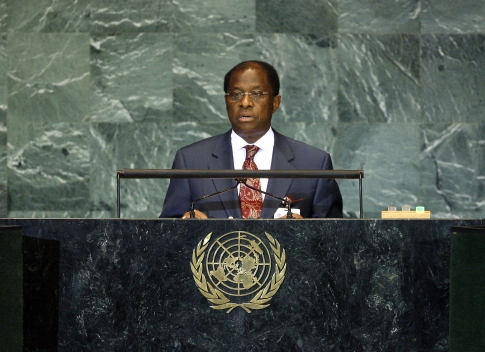 The Security Council must be fully reformed and enlarged to include a proper African representation, particularly since two thirds of the issues it addresses concern the continent, the Democratic Republic of Congo (DRC) told the General Assembly today.

“The present UN system does not correspond in its current concept to the hopes of its founders and to the letter of the Charter that its creation was able to inspire,” DRC Foreign Minister Alexis Thambwe Nwamba said as the Assembly entered the fifth day of its annual General Debate.

“Whatever the outcome of negotiations under way on this issue, my delegation remains committed to the idea that the Security Council must take into account the political and numerical weight of Africa in the General Assembly (where the continent holds 53 national seats), and this above all because two thirds of the situations that come before the Council concern it.”

That is why the DRC reiterates its plea for full African representation in al decision-making organs and above all the Security Council, he added.

Referring to his own country, where the UN played a major role in efforts to restore stability and hold free, democratic elections in 2006 after years of civil war, Mr. Nwamba noted that conflict and above all the use of rape and other sexual violence as a weapon of war continued in the conflict-torn east of the country where fighting has persisted between the national army, rebels and other armed groups.

“Sexual violence against women and girls in the east of the DRC constitute in our view the most shameful and serious crimes that humanity has ever known in this 21st century,” he said, noting that two eastern provinces, North and South Kivu, account for 80 per cent of the national total of such crimes.

“Just must be done for these violated women and girls,” he declared, stressing President Joseph Kabila determination to put an end to impunity and adding: “Despite this apocalyptic picture the situation in eastern DRC tends to improve.”