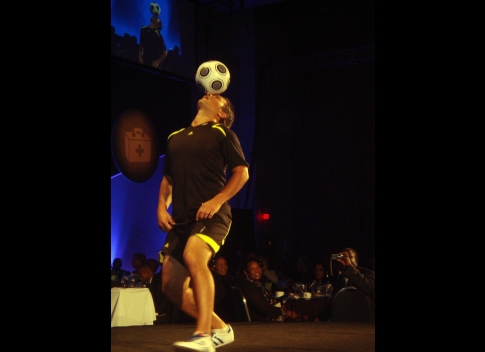 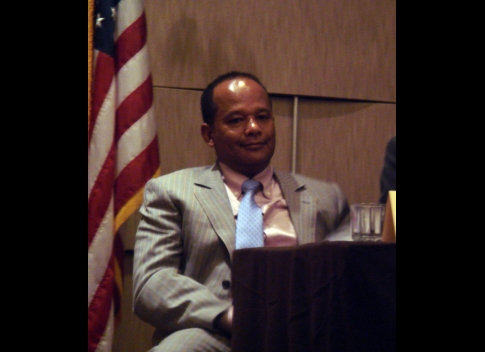 WASHINGTON – The 7th biennial US-Africa Business summit got off to a promising start with African technocrats charged with attracting foreign private investment putting a new spin on their sales pitch: Yes there are challenges in Africa but the opportunities are just great to pass.

The Namibian delegation included Haddis Tilahun, CEO of United African Group, the largest hospitality corporation in Namibia who told participants at a special Namibian presentation that returns can “be as high as 30%”. His success with UAG is symptomatic of the new breed of African entrepreneurs who do not confine themselves to their home country – he was born and raised in Ethiopia, lived in the U.S. and has lived in Namibia for the last 18 years.

At a welcome dinner to mark the official start of the summit, Obiageli Ezekwesili, Vice-President for the Africa region at the World Bank cautioned American businesses still holding out in investing in Africa due to fear that Chinese corporations with active support from their government have benefitted at the expense of Americans. She was particularly concerned at the disproptionate level of support the U.S. government has given to American businesses compared to its Chinese counterpart as regards to investments in Africa. She told American corporations to look to the World Bank which has designed programs designed to protect private investments in certain countries.

South Africa is next year’s host of FIFA’s word cup and it has pulled out all the stops in promoting the tournament at the summit. This will be the first time the continent is hosting soccer’s best extravaganza. Match Hospitality and SportsMark who are the official marketers of the program have a booth at the summit promoting the games. Executives from SportsMark said at the welcome dinner Tuesday that “if you plan to go to South Africa in the next 12 months, do it June 11 -July 11”.

The Corporate Council on Africa, which puts together the biennial summit, is a membership organization of nearly 180 U.S. companies dedicated to strengthening the commercial relationship between the U.S. and Africa. The business summit brings s together leaders from the private and public sectors in both Africa and the U.S.

Among African presidents participating at the summit this year include Jakaya Kikwete of Tanzania, Paul Kagame of Rwanda and Sassou Nguesso of The Congo.