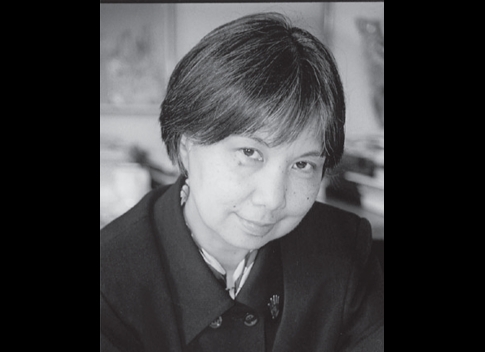 Do you feel like the new administration has adequately addressed immigrant children’s issues thus far?

No. The fact of the matter is that immigrant children are not on
anybody’s agenda, except in a negative way. First of all, there has
already been a decision to exclude many immigrant children and their
families from public health insurance access. There is also very little
discussion in the education initiatives being presented, including the
“Race To The Top” funds, the stimulus funds, and even the No Child Left
Behind policy. The opportunities for doing positive social policy is
not evident.

I would say that in terms of the Immigration and Customs Enforcement
tactics, it does seem to be that the shift from going after employees
to going after employers would be less traumatic to children.That’s not
to say that undocumented workers won’t still lose their jobs, but at
least their parents won’t disappear. I understand that they are trying
to change some of their practices of detaining families in detention
facilities, so that’s certainly encouraging. But overall, I personally
have been very disappointed that the administration had opportunities
to do positive things for children of immigrants, but hasn’t done
anything so far.

Do you think the stimulus money has the potential to make an impact
on access and quality of preschool and elementary school for immigrant
children?

I’m not sure that it will have those effects because the stimulus money
right now, in terms of pre-k, child care, et cetera, is really trying
not to expand, but just sustain or make up for the lack of state
funding.

What are the education reforms you would like to see under this
administration, to help ensure academic success and health of immigrant
children?

I am a very strong supporter of dual language programs. Research would
indicate that it’s very important for young children to have a solid
foundation in their home language as they develop a second language. If
done well, dual language programs are a win-win situation. If immigrant
children are with students whose first language is English, they can
also learn another language at an early age. We may be one of the few
countries in the economically advanced world that is monolingual. And
dual or multi-language capacity is essential in a global economy.

The second thing that’s really important is for immigrant children to
have equal access to high quality pre-K programs. The reasons why not
everyone does include the availability of programs in their
communities, the availability of programs that parents feel are
supportive of their cultural values, and the cost. Because we have a
largely private system, families shoulder costs. So if you don’t have
much income, you cannot spend money on pre-K programs even if you would
like to. Pre-K helps with acquisition of second language, and an early
and good start to education.

Two of the essays in your book conclude that parental participation
is a strong enhancing factor in academic growth for immigrant children.
Why does it make such a difference in early education?

What is most crucial is that parents communicate to their children the
value and importance of engaging and investing in the hard work of
education. Different immigrant groups do this in different ways,
depending on whether they are educated and affluent, or whether they
come poorly educated or not educated at a high level.

There are parents who can do things like buying and reading books,
taking music lessons, going to museums, and going to second language
class. Even so, there are ways they can let their children know that
education is important, and hook them up with individuals and
organizations that could be helpful to them.

What’s the best way that immigrant parents can effectively advocate for their children in pre-K and elementary school?

In the best of worlds, you want every parent to be an advocate for
their child. Different immigrant groups have different ideas with
respect to that role. Some groups have a cultural experience that says,
“I bring the child to school and the school will educate the child.”
But in American society, especially in low-income areas, that may not
be a good position to have. So how do you assist families that don’t
have a tradition of advocacy for their children?

One of the things I saw in Chicago is that community organizations work
with parents to engage them in the schools in a number of different
ways. This includes training parents to work in the classrooms so they
have a better sense of what is going on in the schools, and then using
those experiences to network with and organize parents to advocate for
change in the schools.

Some people decry the fact that immigrant students are described in a
way that says they are facing so many dificulties. And others describe
the “immigrant paradox,” where immigrant parents have low education and
low socio-economic status, but their children become valedictions and
are healthier than other children.

What is important when you just look at the basic demographics of the
child immigrant population is that it’s extremely diverse in terms of
countries of origin, and the human, social and economic capital that
immigrant families bring in to the United States.

What the demographic work is showing is that to think of immigrant
children as a monolith is wrong. And it’s important to think of the
rapidity of social change. So on the one hand, we do know that
immigrant children, particularly Latino children, are more likely to be
born healthier, even more healthy than native-born children. On the
other hand, one of the chapters in the book talks about the really
alarming rates of obesity among Latino children, even before they reach
kindergarten, which have lifelong consequences.

On the one hand, Latino immigrant families were celebrated for the fact
that they were more likely to have two-parent households, more than
native, but that is eroding fast. The number of single parent Latina
families is growing. So one can talk about assets, but it has to be
connected with the particular group at a particular point in time.

Another asset is that it’s really hard to find any immigrant family
that doesn’t have extremely high aspirations for the education and
future of their children. It doesn’t matter if they are getting a
Ph.D., or if they have less than a fifth grade education. There is an
enormous faith and belief in education that may be an important
selection factor for the groups that come to the United States instead
of going to another country.