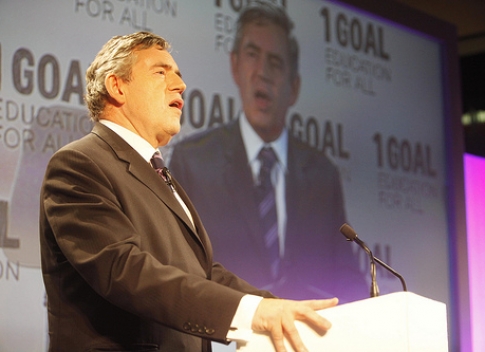 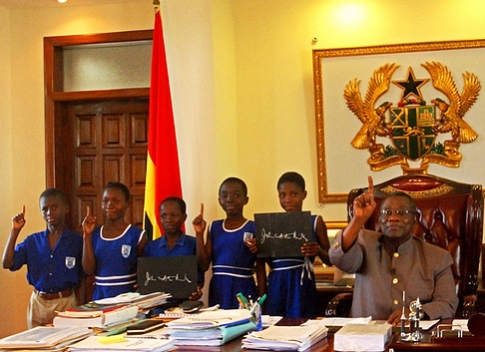 “It’s an outrage that 35 million African children miss out on a basic
primary education — tackling that would be an incredible achievement,”
UK Prime Minister Gordon Brown said Tuesday at the global launch of the
1GOAL campaign, which aims to turn next year’s World Cup soccer
tournament in South Africa into a platform for action on the issue.

Brown joined soccer and entertainment stars, U.S. Secretary of State
Hillary Clinton, and other activists and leaders in calling on the
world’s wealthier governments to provide more funding for education
worldwide, especially to support teachers, textbooks, and school
infrastructure in developing countries. They’re also hoping to use the
World Cup platform to convince millions of parents in developing
nations that they should send their kids to school.

Some 75 million children worldwide are not in school; many cannot
afford the fees charged by cash-strapped governments or must work to
help support their families.

Ahead of the tournament, which starts on Jun. 11, 2010 and will be
played in Africa for the first time ever, the 1GOAL campaign is trying
to push the issue by recruiting tens of millions of supporters on its Web site. And it’s got plenty of star power to help it do just that.

“Today, there are boys and girls around the world dreaming about their
futures,” said Clinton at yesterday’s launch. “Education is their
gateway to opportunity, it lifts people out of poverty and strengthens
families, communities, and countries….Let’s make the World Cup an
opportunity to reaffirm our commitment to education for all.”

Added British soccer star Rio Ferdinand: “Musicians have led
influential campaigns against poverty; it’s time for the football world
to do our part.”

Education for All
While 40 million more children go to school today than in 2000, even if
progress continues apace, tens of millions will still be out of school
by 2015, the deadline world leaders set at the beginning of the century
for getting all children into the classroom.

Perhaps even more worrisome, only 58 percent of eligible students
worldwide get to attend secondary school, according to the Basic
Education Coalition, an umbrella group of organizations pushing for
more efforts to get kids into school.

Currently, only a tiny fraction of global funding for education comes
from international assistance. Local governments, families, and
communities are left to pick up the vast majority of the tab.
The U.S. government provides about $0.7 billion for basic education
efforts around the world each year, up from about $0.1 billion in 2000.