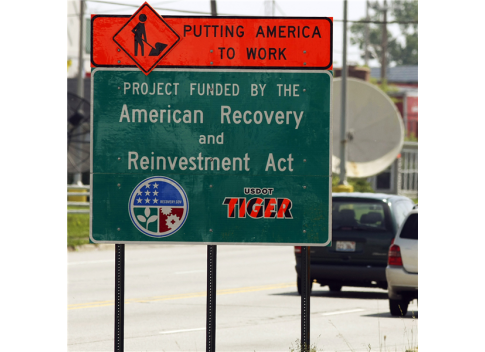 Loans handed out to struggling small businesses as part of President Barack Obama’s stimulus package have largely shut out minority businesses – especially those owned by Blacks and Latinos – according to data provided by the federal government’s Small Business Administration (SBA) to New America Media (NAM).

On June 15, the SBA, using money from the $787 billion American Recovery and Reinvestment Act, launched the ARC program, America’s Recovery Capital, giving banks and credit unions 100 percent guarantees so they’re taking no risk when they make loans of up to $35,000 to previously successful, currently struggling small businesses to help them ride out the recession.

Under the program, the borrower pays no interest and makes no payments for 12 months, then has five years to repay the loan. SBA charges no fees and pays interest to the lender at prime – the rate of interest at which banks lend to favored customers – plus 2 percent.

In five states – Alabama, Arkansas, New Hampshire, South Dakota, and Wyoming — every single firm that received an ARC loan was white-owned. In eight other states, including Louisiana and Nevada, all but one loan went to a white-owned firm.

Civil rights groups and representatives of the minority business communities reacted with anger when told of NAM’s findings.

“It’s just horrendous,” said Anthony Robinson, director of the Washington, D.C.-based Minority Business Legal Defense and Education Fund (MBELDEF). “During this economic recession, there is no recognition or sensitivity to the need to support and benefit people of color.”

“The data raises troubling questions” and should trigger an investigation,” says Oren Sellstrom of San Francisco’s Lawyers Committee for Civil Rights. “This should be a red flag for the SBA and the banks. It gives us the indication that something may be amiss and further explanation is warranted.”

At the SBA in Washington, spokesman Jonathan Swain argued racial disparities in the ARC loan program don’t paint the full picture of the agency’s lending practices. Many of the SBA’s other loan products, he says, have large minority business participation. For example, he says, minority-owned businesses receive 29 percent of loans given through the SBA’s regular lending program and 37 percent of Microloans doled out by the agency.

One reason for the extremely low level of minority participation in the ARC loan program, he maintains, is that the Recovery Act specifically prohibits the agency from allowing an ARC loan to be used to refinance a regular SBA loan, which minority firms are more likely to have.

That explanation isn’t enough for minority business and civil rights groups, however.

Sellstrom of the Lawyers Committee for Civil Rights isn’t convinced by that argument. “You would think that minority owned firms could use $35,000 for a lot of uses other than paying down SBA loans.”

Sellstom said SBA’s response only underscores the need for further investigation. “It’s often the case that the first explanation leads to further questions,” he said.

Javier Palomarez, the president and chief executive officer of the United States Hispanic Chamber of Commerce, says the ARC loan program was poorly designed and “destined to fail.”

When Congress was drafting the stimulus package, Palomarez said, his agency and other minority business groups argued the severity of America’s recession should have led to the government handing out loans to struggling small businesses directly – rather than simply backing up loans from the very banks that caused the country’s economic recession.

But the SBA and the banks lobbied against direct government financing of small business, he said, and so Congress devised a $35,000 loan program that requires a small business to wade through nearly the same paperwork needed to obtain one of SBA’s regular $2 million loans.

Because of the paperwork and the small sums involved, “most banks don’t want to participate in the loan program, and many of those that are participating are restricting applications only to long-term clients.”

“There’s been a dramatic rise in the risk profile of small businesses,” Palomarez said “and that is even more pronounced among minority entrepreneurs.

“African American and Hispanic entrepreneurs often self-financed their start-ups or expansions, meaning, that they tapped into their own net worth … taking out home equity loans or second mortgages to invest in their communities and create jobs.”

“These businesses did not get a bailout and, while the Administration has been generous with tax credits for struggling businesses, the banks that caused this problem are nowhere to be seen,” he said.

James Ballentine, senior vice president of the American Bankers Association, told New America Media the banks have nothing to do with the racial disparities apparent in the stimulus’ small business loans.

“When somebody comes to us, we don’t look at their race,” he said. “The can be red, white, brown, or green. The only thing we look at is their credit worthiness.”

The main problem, Balletine, said, is “there’s been a real lack of marketing and as a result, very few lenders have participated.” He noted that in the six months since the ARC Loan program was first announced, the SBA has been able to underwrite fewer than 5,000 loans.

But Sellstrom of the Lawyers Committee says the bankers’ analysis doesn’t address the question of the racial inequities. The fact that there’s been little marketing doesn’t mean that nobody is being told about the opportunities. It just means that it’s going on in less formal ways, and those informal channels are the ones that minority businesses are not privy to.”

“The breakdown is that people of color are not present at the banks,” added Anthony Robinson of MBELDEF.” And the government that’s pushing these benefits through are not sensitive to the fact that we are not involved in this distribution network.

“So to solve this problem we need to incorporate people of color into the distribution chain of banks, business, and government. Otherwise, the flaws of the system will only magnify the inequality that’s at the center of our recession.”