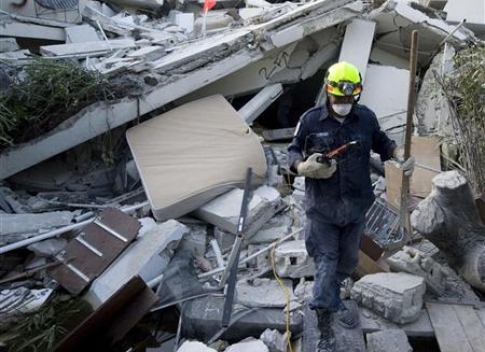 WASHINGTON – Despite their own financial difficulties and development challenges, many African nations are joining with the international community to donate money and lifesaving or emergency support services to the earthquake-stricken people of Haiti.

Worldwide, governments have now pledged more than $1 billion in
emergency aid to Haiti, and the people of Africa are doing their part as
well.

South Africa has deployed two search-and-rescue teams to Haiti and South African nongovernmental organizations (NGOs), such as the Red Cross and Salvation Army, have launched appeals nationwide for $4 million in emergency aid. The South African NGO “Gift of Givers” has also collected more than $600,000 in emergency supplies for Haiti.

The Democratic Republic of the Congo (DRC) has announced it is sending $2.5 million in emergency aid to help Haitian earthquake victims. DRC Information Minister Lambert Mende told the BBC, “Congo isn’t bankrupt; our own problems should not prevent us from helping a brother country.”

Senegal’s president, Abdoulaye Wade, has offered $1 million in aid.
Gabon, the Republic of the Congo and Namibia are each pledging $1
million in funding.

Equatorial Guinea has pledged $2 million in emergency earthquake relief. In a written statement, President Teodoro Obiang Nguema Mbasogo said, “Although our two countries are separated by an ocean, Equatorial Guinea stands with the victims in Haiti in this time of distress and chaos.”

The funds pledged by the Equatorial Guinean government, like those of
many other foreign governments, are being transmitted to Haiti with the
help of the United Nations, the statement added.

Mauritius, which has pledged some $500,000, has mobilized nationwide to help raise funds for the earthquake victims. The city council of Beau-Bassin–Rose Hill, which is the country’s second-largest city, announced January 20 that a TV charity event would be held January 29 to collect donations for Haiti.

The diocese of Port-Louis, the capital of Mauritius, through the
Mauritian charity Caritas, which is organizing the fundraiser, put out
the call for disaster assistance.

Botswana is donating $150,000 to the earthquake relief effort, calling
the donation “a token of the friendship, goodwill and solidarity that
exists between the government and people of Botswana and the government of Haiti.”

Rwanda is sending $100,000, as is Sierra Leone, while Namibia has
pledged $1 million. The Namibian Red Cross has launched a nationwide appeal for the victims and has told the Namibian Broadcasting Company that although the government has responded to Haiti’s predicament, the need is so great the public is being asked to step up and donate as well.

The government of Liberia has announced a $50,000 donation to Haiti. An Information Ministry release detailing the donation says the
relationship between Haiti and Liberia dates to the founding of the
Liberian state.

In Kenya, the Red Cross has launched a joint appeal with the
International Committee of the Red Cross. Benin has established bank
accounts to accept donations for earthquake victims and to support the
approximately 50 Haitian students studying at a university in Benin,
many of whom are now cut off from financial support from their families back home. Benin has also offered to increase the number of national police it has deployed to the U.N. Stabilization Mission in Haiti
(MINUSTAH) and offered to send military forces to the U.N. mission there.

The list of African donor nations continues to grow day by day.