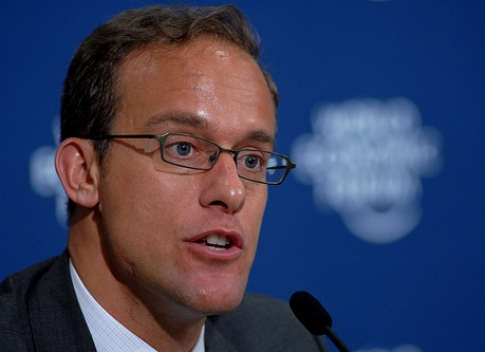 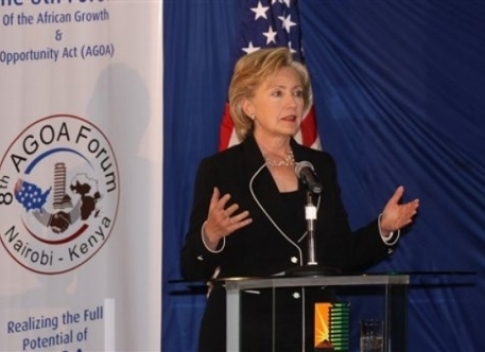 In the past eight years, U.S. trade with sub-Saharan Africa has more than doubled as Africans improve their lives and livelihoods while exporting an ever-expanding list of goods to the United States, says Deputy U.S. Trade Representative Demetrios Marantis.

“At the same time, American companies and workers have found new opportunities to do business in Africa — providing inputs and expertise to aspiring African entrepreneurs, participating in joint-venture partnerships, and increasing American exports and investments,” Marantis said in a February 16 speech at Makerere University in Kampala, Uganda. Makerere, Uganda’s largest and oldest university, was established in 1922 as a technical school and has gradually grown into a full university.

The United States has helped foster Africa’s expansive trading capacity through the 2000 African Growth and Opportunity Act (AGOA), Marantis added, noting that U.S. imports and exports from the 38 AGOA-eligible nations totaled $104.52 billion in 2008, a 28 percent increase from the previous year. Complete trade figures for 2009 are being compiled, but give an indication of another good year, according to the U.S. Commerce Department.

“Trade-capacity-building assistance is a critical element in the effort to help African countries turn trade opportunities like AGOA into exports,” Marantis said. “And the United States has worked hard to ensure that African nations have the resources they need to seize the benefits of trade.”

At the 2009 AGOA Forum in Nairobi, Secretary of State Hillary Rodham Clinton said that “as Africa’s largest trading partner, we are committed to trade policies that promote prosperity and stability,” and the United States wants to be Africa’s partner and not its patron. Africa accounts for 2 percent of global trade; an increase of 1 percentage point would generate substantial additional export revenues annually that would be greater than the annual amount of assistance that Africa receives.

At the center of AGOA are substantial trade preferences that allow all marketable goods produced in AGOA countries to enter the U.S. market duty-free. The U.S. Congress requires the president to determine annually whether countries are eligible for AGOA benefits by meeting certain criteria, including progress toward the establishment of a market-based economy, rule of law, economic policies to reduce poverty, protection of internationally recognized worker rights and efforts to combat corruption.

Marantis said that in addition to improved trade and investment since the inception of AGOA, the United States has established four regional trade hubs in sub-Saharan Africa with the U.S. Agency for International Development (USAID).

“The nearest of these, in Nairobi, Kenya, serves all of East Africa, including Uganda,” Marantis said. “At that hub, Ugandans can receive AGOA-related training and technical assistance.”

“Trade support provided by the Nairobi hub is estimated this year to have produced well over $14 million in export sales for East African businesses,” he added.

But Marantis also added that despite the progress achieved in the eight years since AGOA was first enacted, Africa benefits too little from global trade. “Because Africa lacks capacity, global capital is still too timid about most countries in Africa, fearing instability and uncertainty,” he said.

Marantis said some progress in trade liberalization has been made by sub-Saharan African nations, but Africa’s overall trade policies remain the world’s most protectionist.

“Average African tariffs are nearly 20 percent. This is compared to just over 10 percent for the rest of the world, and 5 percent for industrialized countries,” Marantis said.

“Many African countries lack manufacturing capacity and face challenges such as high energy and transportation costs. This makes products less competitive in global markets,” he said.

To change this situation, Marantis said, African nations must continue to adopt broad economic and trade reforms to enhance their ability to attract foreign capital. “Success in this regard will address supply-side constraints, further integrate the region into the global economy, and pull millions out of poverty,” he said.

New challenges are rising as other nations, especially in Asia, are becoming more competitive in the global textile and apparel markets, he added, and with the expansion of bilateral free trade and economic partnership agreements. The situation calls for new trade policies, and Marantis said the United States is committed to that.

In recent years, more than 98 percent of African exports to the United States entered duty-free.