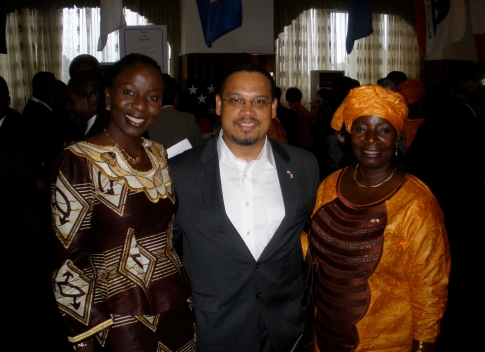 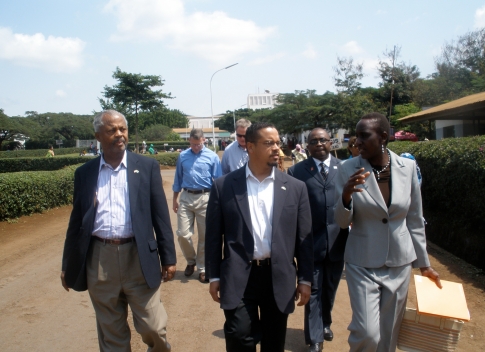 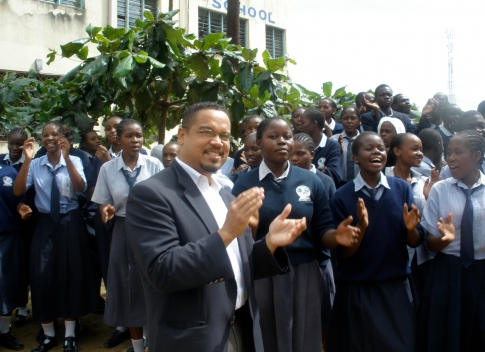 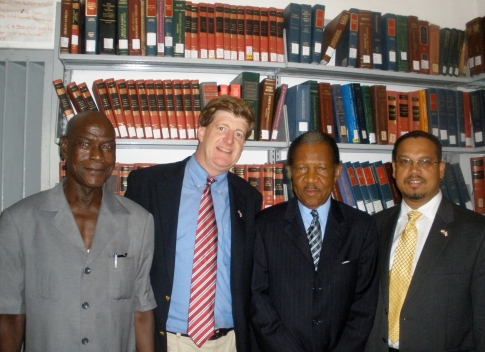 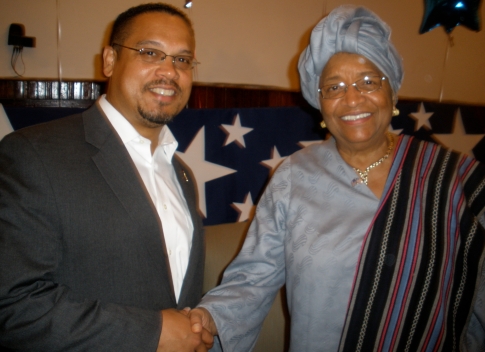 Representative Keith Ellison travelled across Africa to support the development of democratic governments through the House Democracy Partnership (HDP), a program that includes some 20 members of the House of Representatives. The trip’s focus was Liberia and Kenya, but the delegation also toured Senegal and Tanzania as part of its efforts to promote democracy through peer-to-peer partnerships.

Congressman Ellison participated in many levels of the political process in Liberia, from participating in the signing of a pact between the Millennium Challenge Corporation (MCC) and the government of Liberia for a$15 million grant to support the country’s continuing rebuilding efforts after the civil war.

During a Mshale interview following his Africa visit, the Congressman described the room as a “packed house” with over two hundred attendees, and said that contrary to the view that African countries are ridden with the corruption and dictatorship caricature, this was an amazing display of the fundamentals of democracy.

“It was an incredibly uplifting experience to see how long people stayed to participate in a lively discussion on how public amenities would be used and how accountability would be established. People were detailed in the questions they asked, and were deeply invested in the democratic process.”
The town hall meeting was particularly extraordinary as it occurred on July 4th, and for a country torn by a 15-year-old civil war that ended in 2003, the meeting was a sign forward.

“They are trying to find their feet after war. This is not so different from our own history where this country grabbed sovereignty and then struggled to shake off a slave democracy and later evolved into a true democracy.”

The trip’s highlight was perhaps the signing of the MCC/Liberia pact. The MCC is a US government agency that seeks to combat global poverty through sustainable growth. The three-year, $15 million grant will specifically support efforts to improve land rights and access, promote accessible education for girls, and establish trade reforms.

During his trip, Ellison also delivered four containers of books from the Minnesota-based non-profit Books for Africa (BFA), which is dedicated to “ending the book famine in Africa.” The books went to support human rights organizations and schools in both Liberia and Kenya.

Kenya continues to exist as a booming commercial and tourism hub in Africa, but since the post-election violence in 2007 and 2008, the country faces political uncertainty as it drives toward a referendum this summer for a new constitutional framework. Ellison described the demonstrations in March where Kenyans protested against MPs pay as a “hallmark of democracy, and a barometer for how free Kenya is.”

While commenting on the raging debate in Kenya regarding the constitutional reforms, the Congressman also mentioned the disconcerting news that some Americans were dabbling in the middle of this debate, which Ellison described as the “the Kenyan prerogative.” The Congressman maintained that reform is essential after the post-election violence, and that the official United States position is neither for nor against the proposed framework, but rather in favor of Kenyans choosing for themselves through democratic means.

According to Congressman Ellison, the effort of the HDP is a testimony that democracy can be supported without invasion, coercion, or war. “We have a 200-year-old democracy, and that’s worth something. In Kenya and other countries, we have found that people are asking good questions on oversight, transparency, and independent budgeting – all critical components to ensuring democracy.”

The trip is the Congressman’s second tour of Africa through the HDP. Ellison was appointed to the HDP by Speaker Pelosi.