Home Entertainment The top 5 scenes in the movie Inception 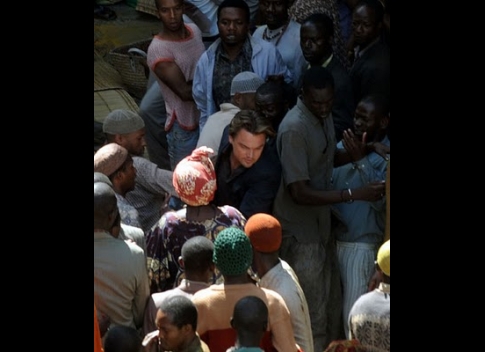 Having seen the film twice, I think it’s safe to say that almost every scene in Inception  is exceptionally well done. There really aren’t any scenes that feel clumsy, unnecessary or poorly constructed. That being said, there are a few scenes that really do stand out. Scenes that are just crafted so perfectly, you can watch them over and over and never tire of them. Here are five scenes from Inception that are truly remarkable. (There are spoilers in this article so if you haven’t seen the film you may want to hold off on reading this).

Early on in the movie Cobb finds himself in a sticky situation as he travels to Africa to meet up with Eames. While there, he realizes he has a tail on him and he must lose it if he is to get out of there alive. As Eames runs interference, Cobb hops over the balcony and the chase is on.

Hans Zimmer’s pounding score kicks in and as Cobb runs through the streets of Mombasa, Nolan films the scene with intensity and velocity. Mixed in with some nice top down shots of the city, the scene follows Cobb as he tries to evade his captors. The scene culminates in a narrow (no pun intended) escape.

Equal to any chase scene in a ‘Bourne’ film, the Mombasa chase is truly thrilling. From the moment Cobb hits the ground and Zimmer’s track ‘Mombasa’ kicks in, the energy level shoots through the roof. Cobb frantically races through the overcrowded streets as he tries to make his way to safety.

Zimmer’s high tempo and upbeat track fuels the scene as Cobb tries to lose the thugs. As he makes a final push for escape, Cobb gets stuck between two narrow walls. He manages to push through the gap and runs into Saito who picks him up and ends the chase. Thrilling, exciting and a great score to accompany it, the Mombasa chase scene is a highlight of Inception.

Full story at We Got This Covered.