Home News What to do if detained in Arizona, an immigration lawyer’s advice 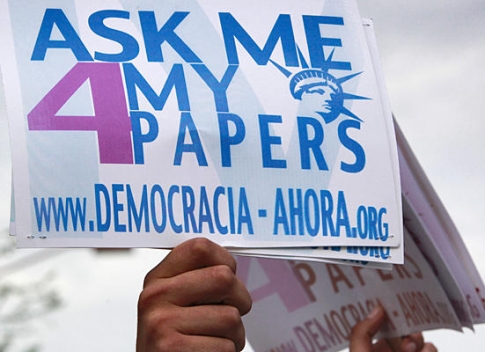 EDITOR’S NOTE: In recent weeks, immigration attorneys in Arizona and other states have been flooded with questions from anxious residents about how to avoid getting detained by immigration authorities and what to do if they or a loved one does get caught. Here’s some advice from Margarita Silva, an immigration lawyer in Phoenix affiliated with Los Abogados, a local Latino attorneys group.

What new information should the public know, now that some of the key provisions of SB 1070 have been blocked by a federal judge?

For the meantime, people who were afraid that they could be stopped and questioned about their immigration papers can breathe a sigh of relief. But I don’t think that this is a great setback for the people who want to keep arresting immigrants. [Gov. Jan Brewer] has called the judgment “a bump in the road.” So I believe the [immigrant] community needs to be alert and follow [news developments] very carefully.

Do you feel that SB 1070 proponents will find alternate ways to enact some of the blocked provisions using other existing laws?

[Even before SB 1070, authorities] have already been using our employer sanction laws to arrest undocumented immigrants. The irony is that [employer sanction laws] were put in place to arrest the employers who are hiring illegal immigrants. But up to now, [authorities] have only been arresting undocumented workers for using false documents to work. Not a single employer has been arrested.

There is no strict legal definition of what “harboring” means. In general, it refers to actively aiding someone to evade law enforcement officials. The impact on families with undocumented members depends on how strictly the law is interpreted. Sometimes, if a friend or colleague wants to stay with you temporarily, then you don’t really ask for their immigration status. In that case, you are not “knowingly disregarding the facts.”

What have you told people who ask what to do if they are stopped, either under SB 1070 or another law?

We tell them if you can validly show identification, that’s fine—you should go ahead and do it. But you need to know that it’s different depending on whether you are a passenger or the driver. For example, if you are a passenger, you are not required to engage with a police officer when they stop the driver for a traffic violation. Even if you are a driver, you can just answer questions about the violation you stopped for.

[Remember,] If you are accused of a crime, you have a 100 percent right to remain silent. I’d like to think people are aware of this. But knowing it in your head or seeing it on TV is different from sitting there with your children in the back seat while an officer with a badge and gun asks you questions. You can end up saying incriminating things.

What happens to your property if you are picked up?

If you are alone, your property might be impounded. If you are with someone you trust, you can hand over your personal possessions like your watch and wallet. Technically, your belongings should be returned to you upon release. But [Immigration and Customs Enforcement] does not like to take personal property into its possession. So things are often lost.

What about cars and houses?

I advise people to have a power of attorney ready for close friends or relatives who can take charge of your affairs.

Many families have been here for decades and might own car or house outright. You don’t lose the right to your assets because of your conviction. You can hand over a power of attorney to someone to manage your affairs while you are away. It’s the same as if you were living here legally and had to go away for a while. If you have someone who can drive your car to your home country, they could do that. It’s still your car or house.

Even if you do not own the car or house outright, you still have rights to it. But if you cannot afford to pay for it, you might lose it to foreclosure.

You should know your property is not subject to civil forfeiture if you are arrested—as might happen if you were a drug dealer and arrested with a million dollars or a car that the government suspects was bought with drug money.

What advice do you have for people with children?

I tell them to create a power of attorney for tangible items and for your children. You need to have a U.S. citizen who can take possession of children from the scene if, for example, you are picked up while driving your children to school. Otherwise they could end up going to foster care. Similarly, even if your children are in school [when you’re picked up, school officials] won’t let younger children go unless a trusted friend or family member is authorized to pick them up.

What should people tell their children about Arizona’s crackdown?

I tell people to talk to their children without scaring them too much. Children have a tendency to answer questions you might not want them to. So if an officer gives you a speeding ticket and leans into your car and says by the way, where are you from, you don’t want the child answering for you.

What advice are you giving people who are fearful about approaching law enforcement with other issues — whether it’s information about other crimes, or reporting domestic violence — because they’re afraid of being detained?

Human safety is first and foremost. If your life is in danger, don’t hesitate to call for help. Better to be alive in your home country than dead in the U.S.

Second, know the policies and practices of your local police department. Not all police departments are the same. Some will inquire into immigration status and some will not. For some, it may depend on the type of crime being reported. I believe that all agencies make this information public and it should be easily obtainable. Most reputable agencies and officers will not inquire into the immigration status of a crime victim and you should not hesitate to call those agencies in the event of an emergency.

For those agencies that pride themselves on enforcing immigration laws, you may want to weigh the “benefits” versus the potential costs of calling for help. If you were the victim of a $15 theft and you know the agency that would respond will inquire into your status — well, you decide if its worth the call!

What about racial profiling? Are you advising people to watch out for that?

Our clients are average workers. They would not really know how to watch out for that. But that is something the lawyers would need to look out for. To say [that police] are not going to racially profile just because it’s illegal is ridiculous.

But I do tell clients to be careful— watch your speed, make sure your license plate is current and that you don’t have a broken tailpipe, etc. Our sheriff [Maricopa County’s Joe Arpaio] has made it quite clear that [his people] will pull you over if you have a cracked windshield or a missing rear- view mirror or things like that.

What kind of resources are available to help anxious immigrants avoid being detained?

There are a lot of resources from local groups, nonprofits, churches about how to handle different situations. But no matter what you learn, it’s different when you do get pulled over by an officer. And everything you learned goes out of the window.