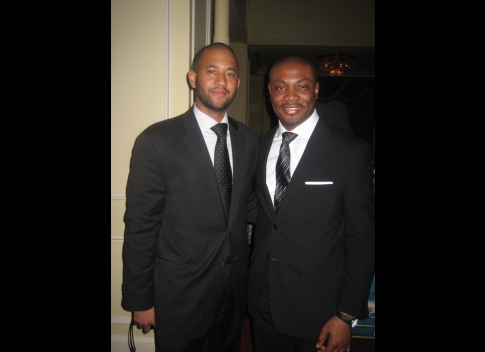 Mark your calendars for Wednesday, Nov. 17 and get ready to mingle. The Liberian Professional Network, or LPN, is coming to the Twin Cities. Liberia’s preeminent and largest group of high-ability and skilled professionals, with more than 5,000 members around the world, launches a new chapter in Minnesota at Mad Jack’s Sports Cafe in Brooklyn Park from 6:00 P.M. to 9:00 P.M.

“There has been a growing demand from our members in the Midwest to expand,” says Taa Wongbe, co-founder and board member. As a group that is growing steadily, we want to continuously expand to meet our members’ needs.”

The organization has already established branches in New York, Boston, Washington, DC, London, and Monrovia, but this is its first Midwest chapter.

“Throughout the global Liberian community, there is a reservoir of talented Liberians serving as doctors, engineers, and scientists; LPN creates the space to facilitate professional engagement amongst this talented and accomplished pool of people,” says Seward Cooper, LPN’s branch head in the Maryland/Virginia/DC Metro area.

The networking group brings together Liberians representing many industries – from thriving entrepreneurs, private investors, and companies to non-profit organizations, academia, and healthcare. The goal is to gather, engage, and contribute to Liberia’s development by harnessing the collective talents of the country’s citizens and friends.

“The focus of what we do is to connect people. By connecting people, we are connecting resources,” says Wongbe, who is also head of the New York chapter. “There is no other Liberian organization that focuses on connecting people and creating a networking environment, where Liberians and friends of Liberia can meet in a social but yet professional setting.”

He says success for the LPN launch in Minnesota will come after people are connected and engaged with other participants they meet at the event.

Membership is free and open to Liberians as well as non-Liberians. Interested individuals can join by going to their website.