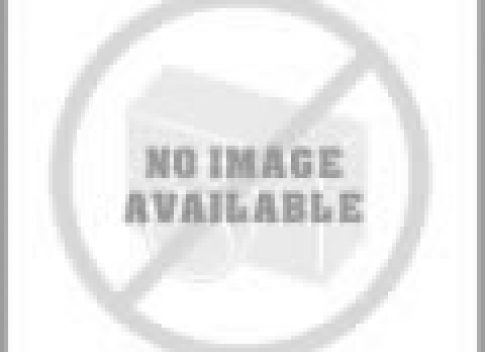 A group of state legislators in at least 15 states wants to deny birthright citizenship to the children of undocumented immigrants.

Their strategy is to pass state legislation that they know will be challenged in federal court, in the hopes that eventually the U.S. Supreme Court – which is considered to be the most conservative court in decades – will be the final arbiter on the issue.

But legal scholars believe the chances that the issue will be taken up by the Supreme Court are slim.

James C. Ho, former Solicitor General of Texas and expert constitutional attorney, predicts that the case will never make it to the high court. “I think the lower courts will strike it down and the U.S. Supreme Court will refuse to hear the case because it has already decided it,” said Ho, who is now a partner with the law firm of Gibson, Dunn & Crutcher in Dallas.

At the heart of the debate on birthright citizenship is a dispute over the interpretation of the 14th Amendment to the Constitution, which states, “All persons born or naturalized in the United States, and subject to the jurisdiction thereof, are citizens of the United States and of the State wherein they reside.” The amendment, ratified in 1868, was intended to ensure that children of freed slaves were granted U.S. citizenship.

The question is whether the amendment’s authors intended to include the children of undocumented immigrants. The debate focuses on the interpretation of the phrase “subject to the jurisdiction thereof.”

Opponents of birthright citizenship argue that undocumented immigrants are not subject to U.S. jurisdiction.

Ho disagrees, saying the U.S. Supreme Court settled that matter in 1898. A Supreme Court decision that year, in the case United States v. Wong Kim Ark, confirmed that a child born in the United States to alien parents, is entitled to birthright citizenship under the 14th Amendment.

A more recent Supreme Court decision in 1982, Plyler v. Doe, clearly states that undocumented immigrants are subject to the jurisdiction of the United States, according to Ho’s analysis.

Other legal scholars, like Peter H. Schuck, a professor of law at Yale, say there is no Supreme Court precedent that deals explicitly with the children of undocumented immigrants.

The 1898 decision, Schuck says, “didn’t have in mind undocumented alien children because there were no categorical restrictions on immigration at that time.”

Schuck believes that the phrase “subject to the jurisdiction thereof” in the 14th Amendment excludes undocumented immigrants because they are in U.S. territory without the consent of the U.S. government.

Schuck, however, doesn’t believe the case will reach the U.S. Supreme Court.

The states’ approach to changing birthright citizenship is considered costly and impractical by constitutional and immigration attorneys.

“I don’t think any state law that either granted or denied federal, national citizenship would be constitutional. No state law could do that,” according to Schuck’s analysis.

Schuck doesn’t support completely repealing birthright citizenship, but believes the country should find a compromise so the future children of undocumented immigrants can gain citizenship after proving ties to the country.

Failing a decision by the Supreme Court, there are two schools of thought on how birthright citizenship could be changed: Schuck believes believe Congress could simply pass a bill to change the law; Ho thinks only an amendment to the Constitution can change the law.

“In my opinion Congress can not pass this kind of law,” said Ho. “If Congress passed it, it would be unconstitutional.”

Another movement at the state level has picked up momentum.

Kansas lawyer Kris Kobach, who helped Republican Sen. Russell Pearce craft the immigration law SB 1070 in Arizona, is now working with Pearce to draft a bill that all the states could propose.

But there’s precedent in Arizona for a state bill to change the way the state issues birth certificates to the children born to an undocumented immigrant parent. A 2008 bill sponsored by Sen. Karen Johnson, R-Mesa, and supported by then-representative Pearce, would have included a clause in the child’s birth certificate stating that the child was born to undocumented parents and wasn’t eligible for benefits that require U.S. citizenship. The legislation was intended to go to the voters and didn’t get a hearing.

Opponents of birthright citizenship argue that it has served as a way for undocumented immigrants to have “anchor babies” that allow them to eventually become citizens and take advantage of social and healthcare benefits.

But proponents argue that, constitutional questions aside, repealing birthright citizenship is simply bad policy and would only increase the number of undocumented immigrants in the country.

“Those children can’t petition for their parents to become U.S. citizens until they are 21 years old and it most cases, the parents would be barred from getting a visa to the United States for 10 years,” said Michelle Waslin, senior policy analyst at the American Immigration Council’s Immigration Policy Center in Washington, D.C. “So that’s a 31-year plan. It doesn’t seem like it’s a very good plan to legalize your status here in the U.S. It doesn’t protect them from deportation.”

Waslin argues that such a change in the law will affect all citizens, creating a complicated bureaucracy.

“My birth certificate will no longer be proof of my U.S. citizenship, so how would anybody prove their citizenship?” she asked.

While it may take years for a case on birthright citizenship to reach the Supreme Court, the higher appellate court has undertaken a review of state immigration policies such as Arizona’s employer sanctions law. Some expect the current challenge on Arizona’s SB 1070 to reach the high court.

“Only one state in the country has enacted SB 1070 and that’s Arizona,” said Vik Malhotra, advocacy and policy counsel for the American Civil Liberties Union (ACLU).

“We really think that once the dust settles, the focus is going to be on states trying to get their financial houses in order, and there won’t be a lot of room for these types of laws, that really cost the states money.”