Home News Southern Sudanese head back ahead of referendum 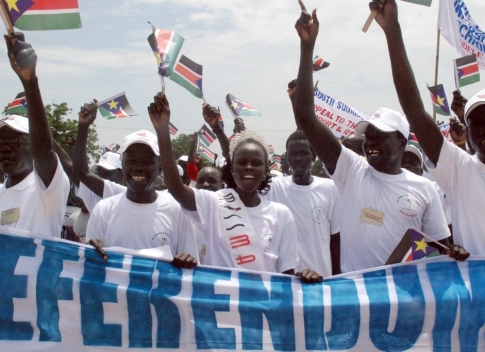 With the referendum on independence for Southern Sudan just weeks away, the United Nations refugee agency reported today that thousands of southerners living in the north are heading back by road, rail, barge and plane in both organized and spontaneous returns.

Nearly 55,000 southern Sudanese have returned in the past few weeks to the southern states, mainly to Unity State, according to the UN High Commissioner for Refugees (UNHCR), which added that Upper Nile, Northern Bahr el Ghazal, Jonglei and Warrap states have also received large numbers of returnees.

“In the sprawling camps for displaced people around [the Sudanese capital] Khartoum, thousands of southerners are packing their belongings and waiting to leave,” UNHCR spokesperson Adrian Edwards told reporters in Geneva.

The vote that is due to take place on 9 January is in accordance with the 2005 Comprehensive Peace Agreement (CPA) signed between the Sudanese Government and the southern rebel group, the SPLA, ending two decades of war between the north and the south.

Since the signing of the Agreement, two million displaced people have returned to their communities in southern Sudan and the so-called ‘Three Areas’ of Abyei, Blue Nile, and Southern Kordofan. Another 330,000 refugees returned from exile, the majority of them with the help of UNHCR.

Mr. Edwards noted that the recent arrivals are straining a “fragile” humanitarian environment in Southern Sudan, which is already dealing with more than 215,000 internally displaced people uprooted by ethnic clashes, rebel attacks or other forms of insecurity since January.