Home News Southern Sudanese in US vote for independence 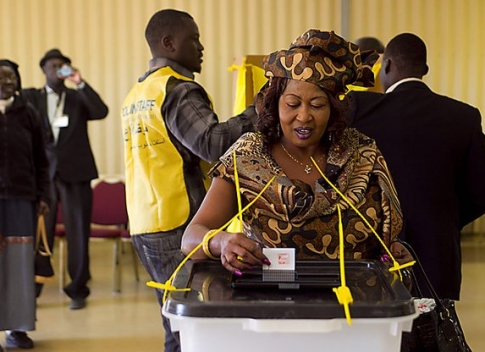 More than 8,000 Sudanese refugees living in the United States voted overwhelming in favor to split their homeland, Southern Sudan, from the north in a referendum that could create the world’s newest country.

Benaiah Duku, a U.S. representative for the group overseeing the voting, said 8,412 people voted in favor of secession and 75 voted to keep the country united.

The referendum is part of a peace deal that ended the 1983-2005 civil war between Sudan’s north and south that left about 2 million dead. Many of those who voted in the United States were among the 3,800 war orphans known as the Lost Boys of Sudan.

Refugees lined up at polling places in Boston, Washington, D.C., Chicago, Nashville, Tenn., Omaha, Neb., Dallas, Phoenix and Seattle. Of the 8,791 people who registered, 8,504 showed up for the voting that started Jan. 9 and ran until Sunday. Duku said seven votes were invalid and another 10 were unmarked.

Voting was also held in Kenya, Uganda, Ethiopia, Egypt, United Kingdom and Australia, as well as in Sudan. Duku said the votes from the United States will be consolidated into the final vote to be released later.

“I would like to sincerely thank the governments and the people of these countries for their generous assistance in this undertaking,” Duku said.

Southern Sudan is one of the world’s poorest regions, but is oil rich. The people there have resented their region’s underdevelopment and have accused the northern Sudan government of taking their oil money.