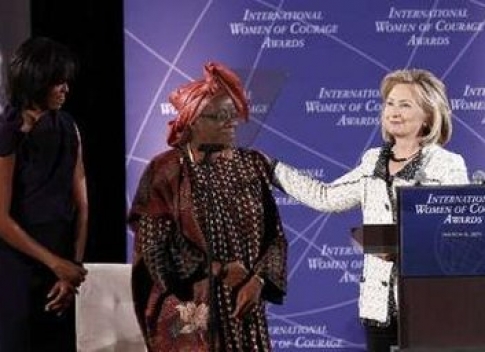 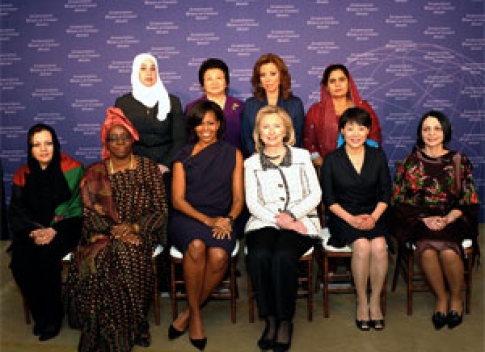 Although many women in Cameroon are economically empowered and active in civil society, they often lack the opportunity to enter politics and participate in their country’s male-dominated political sector.

Henriette Ekwe Ebongo, a journalist and publisher of Bebela — a weekly independent newspaper — and a founding member of Transparency International in Cameroon, made that point March 7 at a roundtable discussion at the U.S. Department of State. Ekwe was in Washington to be honored at the 2011 International Women of Courage Awards.

Ekwe was selected for this award in recognition of her lifelong devotion to advancing press freedom, freedom of expression, the recognition of human rights, good governance and gender equality.

The Women of Courage Awards were established in 2007 by then–Secretary of State Condoleezza Rice to recognize and honor women around the globe who have shown exceptional courage and leadership in promoting women’s rights and advancement.

Ekwe said that in Cameroon, men dominate the political sphere. As a result, many Cameroonian women have concentrated their efforts in civil society and in creating their own nongovernmental organizations, or in working with organizations like the World Bank or the International Monetary Fund.

“Many of them [those women] have created organizations to defend women and to defend children,” she said. “They feel that they are respected much more in civil society organizations than they are in political parties.”

Ekwe lamented that the Cameroonian delegation that attended the Fourth World Conference on Women in 1995 in Beijing (along with more than 300 other women’s organizations), told no one in Cameroon upon their return of the platform that had been adopted in Beijing, which called for at least 30 percent of the any country’s decisionmakers to be women.

“We have many problems with getting women into politics,” she said. In Cameroon, there are only 21 women members of parliament (MPs) out of a total of 180, and 29 women mayors out of a nationwide total of 360, she said.

Ekwe said many women in Cameroon are educated, and many are business savvy as well, working in the markets and in many other businesses.

Asked about the country’s electoral process and presidential elections scheduled for October 2011, she said, “If we have free, fair and credible elections, then I think we will be free to talk, we will be free to criticize.” The current president has ruled Cameroon since 1982.

Asked what she foresees for the future of her country, Ekwe said any progressive change in Cameroon will be brought about by young people who have been inspired by the role of young people in Tunisia and Egypt.

Here are the other 2011 International Women of Courage awardees:

• Guo Jianmei, a director and lawyer at the Women’s Studies and Legal Aid Center in China

• Agnes Osztolykan, a member of parliament and the Politics Can Be Different Party in Hungary