Home News On the frontlines of revolution 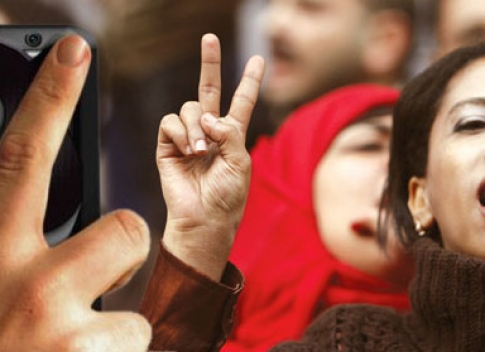 OTTAWA, Canada—It seems lazy to sit at a computer and offer freewheeling commentary via Facebook on the winter of discontent sweeping the Middle East. The sight of people standing up for their basic rights takes me back to a time when I was in Doha editing an English newspaper owned by Qatar’s foreign minister.

Some nights, I wake up dreading the prospect of running a newspaper in such tumultuous times. Other days, I miss being a part of history unfolding.

Until two weeks ago, the revolutionary zeal that was dethroning regimes in Tunisia and Egypt and rocking regimes in Yemen, Jordan and Algeria seemed like a faraway event that could be written about without too much restraint, albeit with a wary eye on what this might mean to the ruling family in Qatar. We might even have gotten away with saying that liberty and democracy are universal human values. However, with widespread rioting in next door Bahrain – a tiny island sandwiched between Saudi Arabia and Qatar – the dynamic in The Peninsula’s newsroom would have been palpably different. Editors would have become hawks, with Saturday’s call by a Bahraini opposition figure to overthrow the Al-Khalifa ruling family setting off panic attacks. Reading about demonstrations in Oman, I’d have broken into a cold sweat.

One misplaced word, a verb too strong or an empathetic headline that went too far, and the sword would fall. The laws would allow the paper to be shut down, publication suspended for a period of time or the editor facing charges of sedition, fomenting dissent or almost anything else. It’s a treacherous environment in the land that is also home to the so-called beacon of Arab freedom, Al Jazeera television.

As the Mideast faces its democratic moment, Al Jazeera has positioned itself in Canada and abroad as the most reliable news source in both Arabic and English. It reminds me of Peter Arnett reporting from Baghdad for CNN in 1991, with the same air of triumphalism. However, it is already evident that the Qatari channel’s breathless coverage of Tahrir Square in Egypt has given way to a more measured tone when it comes to the Pearl Square demonstrations in next door Bahrain and the riots in Kuwait.

Al Jazeera’s double standard may come home to roost and I can’t wait to see how the station’s much-ballyhooed journalism will cover an uprising in the streets of Doha. With the world’s second highest per capita income (after Liechtenstein), though, Qatar may be the last of the region’s emirates to come under the revolutionary spell that started with the ouster of Tunisia’s Zine El Abidine Ben Ali. Ironically, the Tunisian dictator is now a guest of Saudi Arabia, by far the most repressive of the sheikhdoms that have a throttle-hold on the world’s petroleum supplies and has a penchant for harbouring the world’s despots, beginning with the “Butcher of Uganda” Idi Amin.

For more than a half-century in this retrograde region, power has passed down to the eldest son or through palace coups staged with tacit support from Western powers, mainly the U.S. or Britain. In every other country of the world, citizens pay taxes in return for public services and infrastructure. The six “rentier” states of the Gulf – Saudi Arabia, Kuwait, Bahrain, Qatar, the U.A.E. and Oman – pay their citizens a fixed stipend from cradle to grave for the privilege of being notional owners of the oil and gas that their lands have been blessed with.

Of course, this stipend is paltry compared to what the state – read ruling family – reaps from this bounty, and dwindling oil reserves as in Bahrain and Oman mean there is not enough to go around. If Tunisians and Egyptians are now having trouble recouping the billions looted by their ousted rulers, the blurring of state revenues and private ruling family holdings in the Gulf makes the distinction purely academic. The inevitable tipping point will come when citizens realize they are being short-changed or when the tribal alliances that hold these states together break down.

The people, including majority expatriate populations in most of these states, are co-opted into this dubious “rentier” mentality through a tax-free environment that nurtures the myth that money is easy. Democracy and civil liberties are bartered for higher wages and huge perks that draw people from all over the world, including the world’s most industrialised nations. The days of cheap oil may be over in the West, but conversely, the price spike only hardens the lack of freedoms in these petro-economies.

However, as is already clear in Bahrain, Oman and Kuwait, these nations are not immune to global forces, especially when an authoritarian sentinel such as Hosni Mubarak falls. Although not a Sheikh (one privileged to be born into the ruling family), Mr. Mubarak behaved like one and came to be the Big Daddy in the Arab world. His country had a deeply unpopular peace treaty with Israel and yet he managed to cling to power for 30 years, balancing one interest against another, partially bankrolled by the U.S. Treasury.

Mr. Mubarak also saw the portent that was Al Jazeera, exclaiming during a visit to the TV station in 2003: “All that trouble from this little matchbox!” One of the first things he tried soon after his people took to the streets was to block Al Jazeera’s signal in Egypt. In the end, he was convinced that the station funded by Qatar’s rulers fuelled the uprising in his country and forced him out of office. He blamed his downfall on everybody except himself, including a seemingly democratic media institution funded by an equally unaccountable foreign Arab government.

The Peninsula and Al Jazeera were birthed in the same year (1996), but there the similarities end. The English newspaper has remained a shackled creation that has no editorial independence and primarily serves as a conveyor of news from the rest of the world. With a much bigger budget and ambition, Al Jazeera has taken the region by storm with its idiosyncratic take on the world’s hotspots and the demolishing of sacred cows along the way. It has fallen afoul of virtually every government in the region at one time or another, except, of course, its Qatari bankrollers.

As the genie of Tahrir Square rolls across a vast desert swathe, the Al-Saud, the Al-Sabah, the Al-Khalifa, the Al-Thani, the Bin Said and the Al-Nahyan ruling families are clearly circling their wagons. Just this week, the Al-Sauds announced a $36 billion – repeat $36 billion – in handout payments to its citizens as a way to ensure they remain politically stillborn while sucking off the state’s teat. It’s the world’s most elite club of wealthy rulers and accountability to their people has never crossed their minds.

Journalists at their supine media organizations may well, though, decide to be in the vanguard of a revolt, just as a key moment in the Tahrir revolution came when reporters at Egypt’s official Al-Ahram newspaper gave in to their bridled conscience and refused to make up stories for a regime on the defensive. At one point, the journalists there forced the management to issue an apology to its readers, confessing to what it called “unprofessional and unethical coverage” of the uprising. “We failed to hear the thundering message of change,” the apology read.

It doesn’t take a political scientist to see the writing on the wall. As Jill Crystal foretold in Oil and Politics in the Gulf (1990), crude oil is both blight and blessing. “Oil revenues, by precluding the coalition building that is crucial to stability, have left these regimes vulnerable. Oil and the tensions it produces carry the seeds of change…. In the future, these rulers may find themselves particularly ill-equipped to handle domestic conflict.” That hour of reckoning may be at hand at the gates of my former home in Doha.

George Abraham was deputy editor and later managing editor of The Peninsula from 1996 to 2001. He was a 1995 Nieman scholar at Harvard University and currently writes from Ottawa.