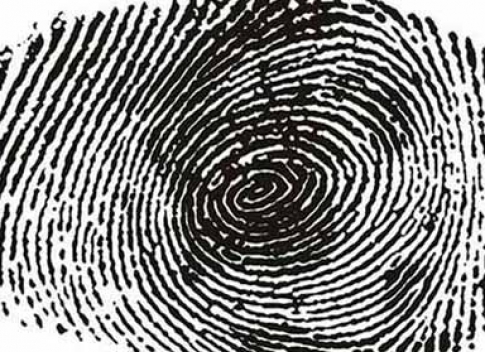 Knives, acid, fire and even surgery are some of the methods undocumented immigrants are using to erase their fingerprints and avoid incarceration. These desperate procedures, according to federal agencies and humanitarian activists, are increasing in the face of the advanced technology used to identify undocumented immigrants.

On Feb. 10, Dominican doctor Jose Elias Zaiter-Pou, 62, pleaded guilty to helping conceal the identity of undocumented immigrants by altering their fingerprints through surgical procedures. Zaiter-Pou charged $4,500 for the operation, in which he removed the ends of the fingertips, flipped them and sewed them back on, creating a new and unrecognizable print. He was sentenced to 12 months and one day in prison, followed by three years probation.

According to court records, the surgeon performed the surgery on dozens of clients. But experts say the practice is not unique to criminals attempting to flee from the authorities; it is growing among the migrant population. For example, Yissel Sosa Nuñez, a Dominican mother who was impatient to join her son in New York, underwent an operation to remove tissue from her fingertips.

“There is a lot of desperation among migrants, especially among parents who want to reunite with their children and they are aware that they are already on record. That’s why they are pushed more every time to take more desperate measures,” explained the Sean Carrel, a Jesuit priest and the director of Kino Border Initiative, based in Nogales, Mexico.

Sosa Nuñez, who was deported in 2008, had been arrested and deported in the past, so she knew beforehand that she would face prison time if she crossed the border again.

Jean Curtit, chief operating officer of the International Association of Identification, said that there is no specific data on how many immigrants could be using these methods. “They resort to all available systems — acid, knives, sandpaper; some pay for expensive surgeries and they are procedures that are really very painful and in many cases are useless because with the current technology, sooner or later they are identified,” he said.

The practice of “erasing fingerprints” is not unique to immigrants in America. According to humanitarian groups in Europe — where, as in the United States, there is a national database that tracks fingerprint information of thousands of undocumented immigrants — large numbers of migrants are trying to mutilate their fingerprints by cutting or scraping the skin.

Many immigrants in Europe are from the areas affected by wars in Iraq, Afghanistan and Africa, and are attempting to seek refuge and avoid deportation.

In the United States, the practice of mutilation to distort fingerprints is not widespread. However, data from the Federal Bureau of Investigation (FBI) and local police agencies indicate that it is a growing trend and that in the past four years, more cases are emerging throughout the country.

In 2007, after being detained by Border Patrol agents, Marc George revealed that a Mexican doctor had replaced the tissue of his hands with the tissue from his feet.

In March 2008 officers of the Lawrence Police Department in Massachusetts found a prisoner whose fingers had been sliced.

The detainee, who said his name was Edgardo Tirado, said he had had an altercation with someone who had mutilated his fingers with a knife. The investigators found that Tirado’s real name was Gerardo Perez, that he had been convicted of possession of narcotics in the past, and that he had undergone the procedure to avoid deportation.

According to reports by U.S. Immigration and Customs Enforcement (ICE), immigrants pay between $4,500 and $7,000 for the operation.

The Secure Communities program requires local police to send fingerprint data of all arrestees to a federal database that stores fingerprint information of undocumented immigrants. ICE plans to extend the program throughout the country by the year 2013.