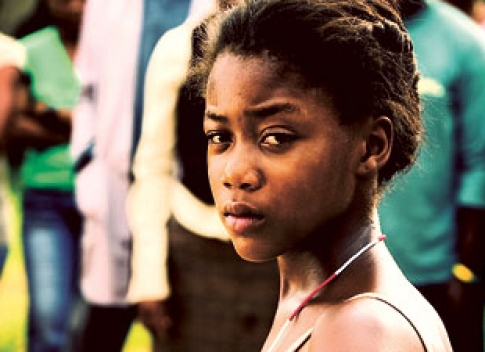 Recipient of a standing ovation at last year’s Cannes Film Festival, Oliver Schmitz’s Life, Above All is an occasionally affecting South African AIDS drama that is let down by a streak of shamelessly manipulative sentimentality.

It’s underpinned by a barnstorming performance from Khomotso Manyaka as one of the unseen victims of the country’s AIDS epidemic – a young girl tainted by the shame of her mother’s illness and the cruel hypocrisy of her neighbours’ charity.

Taking its cues from authentically devastating AIDS documentary Hear My Song, Life, Above All purports to show us the reality of this South African crisis, in particular the way in which the disease’s terrifying effects are tangled up in the country’s modern Christian tradition and its older tribal customs.

For Chanda, the effect is a double whammy that sees her struggling to look after her mother while protecting her desperately vulnerable younger brother from a predatory version of Christian kindness. At the same time, Chanda’s best friend offers a hellish vision of what lies beneath the gaping fissures in South Africa’s social fabric.

Eventually, after her mother is forced to abandon them, Chanda must set out to find her and reunite the remnants of her fragile family. The result is a journey that reaches toward poignant revelation and reconciliation, but falls just short of both.

Though Manyaka effortlessly conveys the fearsome emotional consequences of Chanda’s predicament, Schmitz lacks the subtle hand needed to tease rather than beat a reaction out of his audience. Lumpen musical cues and emotional grandstanding simply get in the way of the authentic horrors that the film seeks to articulate. With a lighter touch, Life, Above All could have been the redemptive and insightful experience it so desperately yearns to be.