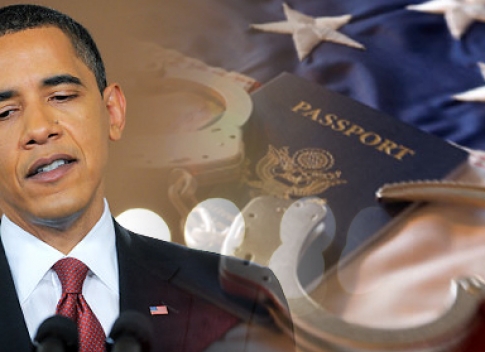 Fifty years ago this summer, hundreds of young people organized, rode buses into the deep South and got arrested for challenging Jim Crow segregation in inter-state transit. They were beaten, firebombed and imprisoned. The Freedom Riders knew full well they would not convince segregationist Southern politicians like Alabama’s Sheriff Bull Connor or Governor John Patterson to embrace integration.

Instead, they were pushing President John F. Kennedy, a civil rights ally, to use his power to end segregation in public transit throughout the South. President Kennedy asked for patience, and said he could not unilaterally make the changes they wanted. More young people boarded buses for the South, and filled the jails of Mississippi. Kennedy realized the time to act had come.

In September of 1961, Attorney General Bobby Kennedy went to the Inter-State Commerce Commission, a federal agency, and got the rule changes necessary to end segregation on buses and trains. And the rest, as they say, is history.

President Obama faced a similar challenge and took a step towards justice as well as common sense law enforcement. He had the U.S. Department of Homeland Security make a change that could fundamentally alter how the United States treats undocumented immigrants facing deportation. The department announced it will now prioritize its deportation efforts on those undocumented immigrants who have committed crimes, have recently crossed the border, or have re-crossed the border after being previously deported.

What’s more, the department will immediately review the approximately 300,000 immigrants in deportation proceedings and “stay” (not immediately enforce) deportations for those immigrants who are not a priority. Going forward, all federal immigration enforcement agencies will work to keep non-priority undocumented immigrants out of deportation proceedings in the first place. It’s not yet clear exactly who all will benefit, but parents of young children, students of any age, relatives of military personnel, victims of domestic violence and people with strong community ties would appear to now be outside the immediate interest of immigration authorities.

Let’s give President Obama his due, but let’s also acknowledge that immigrant rights activists were the Freedom Riders on this issue. They saw President Obama as an ally, but one who was stymied by intransigent Republicans in Congress—just as President Kennedy was by Southern Democrats. And Obama, like Kennedy before him, said he was sympathetic but not able to help.

Immigrant rights activists come in many stripes. Some began to work behind the scenes laying out exactly why the Obama Administration did have the legal authority to provide “administrative relief,” or those things that the administration could do without congressional action. Others took to the streets, reminding the President of his commitment to justice for immigrants.

Just this past Wednesday, immigrants and their allies packed 500 people into a federal public hearing on immigration laws in Chicago. During the hearing a group of student age undocumented immigrants walked out to the street, sat down and got themselves arrested to draw attention to their cause – risking deportation because of their arrests. As in 1961, young people have been facing arrest in actions around the country. They are known as DREAMers both for the bill which would give them legal status and their willingness to stand strong for social justice.

These young activists were part of a much larger movement of organizations across the country pushing for change. Rep. Luis Gutierrez of Illinois, and a group of advocates from the Fair Immigration Reform Movement organized actions seeking administrative relief under the banner that “change takes courage.” Yesterday, Gutierrez, who has previously criticized the President for an increase in deportations, gave President Obama credit for his courage:

“This is the Barack Obama I have been waiting for and that Latino and immigrant voters helped put in office to fight for sensible immigration policies. Focusing scarce resources on deporting serious criminals, gang bangers, and drug dealers and setting aside non-criminals with deep roots in the United States until Congress fixes our laws is the right thing to do and I am proud of the President.”

Still, much remains to be done—just like 50 years ago. The real victory remains on the horizon as America needs new laws to provide a path to legal status for law-abiding undocumented immigrants, so good people can stop living in fear and contribute even more to our country. That being said, President Obama’s decision looks like a big step forward, but the devil will be in the details. And these details will be determined by how effective immigrant rights groups are at protecting this win. Three steps need to be taken by activists:

• They need to push the administration hard for the most just and fair interpretation of the new rules so that for instance those stopped for a broken taillight are not deported as criminals.
• They need to call their President and Member of Congress to show support for this change.
• They must use every tool in their toolbox to get congressional allies to kill any legislative effort by anti-immigrant nativists in Congress to overturn the president’s decision.

The bravery of the Freedom Riders eventually enabled a black man to run for the presidency of the United States and win. Somewhere in our nation today there is the American-born son or daughter of undocumented immigrants who may also look back on this day from the White House.

Henry Fernandez is a Senior Fellow at the Center for American Progress focusing on state and municipal policy.