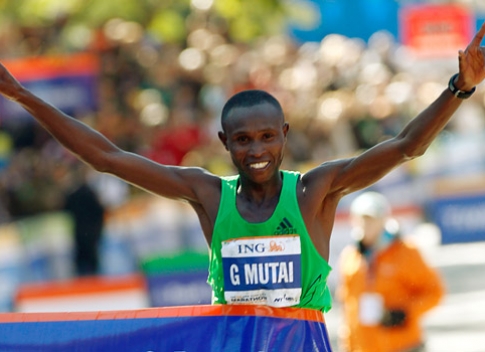 Geoffrey Mutai of Kenya won the New York marathon on Sunday with a time of 2 hours 5 minutes 6 seconds smashing the old record of 2:07:43, set by Tesfaye Jifar of Ethiopia in 2001. A record 47,438 competitors participated in this year’s marathon according to race officials.

His win comes in the heels of his Boston marathon win course record in a world-best time of 2:03:02 but which ultimately World Federation officials said did not qualify for a world record because of the course elevation in Boston.

He was quoted at the end of the race yesterday saying “I am happy now because even although it was not recognized (Boston record), I’m happy to be at that level,” he said.