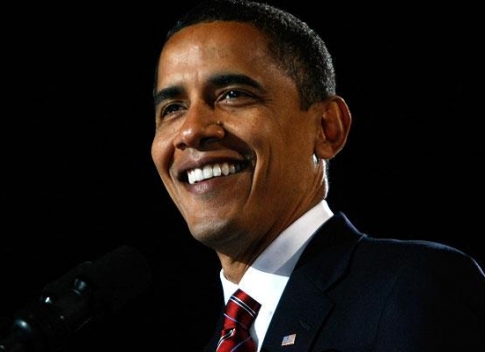 That black voters will again give President Obama a sky-high percentage of their vote in 2012 was never in doubt. What is in doubt is how many will make up that percentage. It is the number, not percentage of black voters that turn out that will again ease the President’s path back to the White House or, make that path rocky. The 2008 election decisively proved that the presidential re-election bid is a pure numbers game.

If black voters had not turned the 2008 Democratic presidential primaries into a virtual holy crusade for Obama, and if Obama had not, openly in the South Carolina primary and subtly in primaries thereafter, stoked the black vote, he could easily have been just another failed Democratic presidential candidate. Through its voter education, awareness and mobilization campaigns, the NAACP played a huge role in galvanizing and boosting the numbers of black voters, nearly all votes for Obama. It was part race, part pride, and all sense of history in the making, as well as being a part of Obama’s epic win.

The mass rush by blacks to the polls was the single biggest reason that Obama carried the traditional must-win states of Pennsylvania, Ohio, Florida, and broke the GOP presidential grip on North Carolina and Virginia. There’s no certainty that will be the case this time around. The GOP dominates the state legislatures in North Carolina, Virginia, Florida and Virginia. Four of these five states have GOP governors, and there’s warfare between the GOP and the Democrats over GOP concocted remapping plans in Florida and Ohio and other states. The plans would virtually insure a spate of redrawn GOP friendly voting districts in the 2012 presidential election. The GOP aim is to gain greater dominance in the House and win majority control in the Senate.

But the biggest prize is the White House, and the more GOP controlled districts in the states that Obama won in 2008, the greater the odds are of rolling those states back into the GOP win column. GOP strategists almost certainly will spend massive sums and mount a relentless, intensive blitz in these states to paint Obama and the Democrats as the cause of the economic woes of the middle-class, with the always subtle undertone of soft pitch racial code language to prick the lingering unease of many conservative white voters toward Obama and the Democrats

This political ploy is even more worrisome. Obama’s centrist appeal to independents played a significant role in getting many of them to punch the Democratic ticket and augment the huge black vote he got in 2008. But a repeat of that in 2012 is questionable. Polls consistently show that a majority of independents are disappointed, dismayed, or hostile to Obama’s handling of the economy, always the Achilles Heel for any incumbent who wants to keep his presidential job.

The good news is that polls are showing the enthusiasm level for Obama is still as high as it was in 2008 among a majority of black voters. Polls also show that blacks are the most optimistic that the country is heading in the right direction. That’s due almost exclusively to their backing of Obama. This is the key factor in getting numbers of voters to show up at the polls on Election Day.

Obama has done two things to keep the enthusiasm level high. In November, he held a black leadership conference and unveiled what is as close yet to a white paper the White House has issued on race. It ticked off a checklist of initiatives from health care, job stimulus and small business aid that have benefited blacks. The position paper was an obvious counter to the shouts from some black activists, and on occasion the Congressional Black Caucus, that he hasn’t said or done enough about the chronic high unemployment, failing public schools, high incarceration rates and worries about home foreclosures, and the poverty crisis facing black communities.

Obama strategists recognize that the novelty of his history-making election has worn off with many blacks. This realization and in some cases, frustration and impatience, set in among many blacks, caused far more second guessing about Obama’s priorities than the White House found comfortable.

The backstabbing, infighting, and clownish antics of the pack of GOP presidential contenders and the constant hectoring of them as weak and ineffectual at this stage of the election game should not be cause for the Democrats to uncork the champagne and declare the 2012 election a cakewalk for Obama.

Despite fielding arguably one of the weakest GOP presidential tickets in recent history, in 2008, the GOP contenders still got the bulk of the white vote. There’s no guarantee that this can’t happen again. The GOP will rally its fractious base when the election chips are down. The black vote is still Obama’s trump card, but only if the numbers are there.