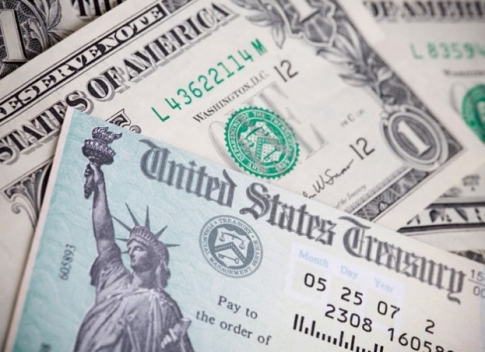 Whether you file as an individual, a corporation, a small business owner, or are self-employed, as the end of the year draws near, you’re probably thinking ahead to tax season and filing your taxes.

Most tax provisions of course, remain the same (IRA contribution limits for example), but a few such as personal exemptions have been adjusted for inflation and others have been extended due to legislation and are set to expire at the end of 2012.

From tax credits, exemptions and deductions for individuals and Section 179 expensing for small businesses, here’s what you need to know about tax changes for 2011.
Individuals

From personal deductions to tax credits and educational expenses, many of the tax changes relating to individuals remain in effect through 2012 and are the result of tax provisions that were either modified or extended by the Tax Relief, Unemployment Insurance Reauthorization and Job Creation Act of 2010 that became law on December 17, 2010.

The additional standard deduction for blind people and senior citizens is $1,150 for married individuals, up $50, and $1,450 for singles and heads of household, also up $50.

Due to inflation, tax-bracket thresholds will increase for every filing status. For example, the taxable-income threshold separating the 15-percent bracket from the 25-percent bracket is $69,000 for a married couple filing a joint return, up from $68,000 in 2010.

The recent overhaul of estate and gift taxes means that there is an exemption of $5 million per individual for estate, gift and generation-skipping taxes, with a top rate of 35%. For married couples the exemption is $10 million.

Pease (limitations on itemized deductions) and PEP (personal exemption phase-out) limitations do not apply for 2011, but these are set to expire at the end of 2012.

Under the new standard, the cost of an over-the-counter medicine or drug cannot be reimbursed from the account unless a prescription is obtained. The change does not affect insulin, even if purchased without a prescription, or other health care expenses such as medical devices, eye glasses, contact lenses, co-pays and deductibles.

The new standard applies only to purchases made on or after Jan. 1, 2011, so claims for medicines or drugs purchased without a prescription in 2010 can still be reimbursed in 2011, if allowed by the employer’s plan.

In 2011, long-term gains for assets held at least one year are taxed at a flat rate of 15% for taxpayers above the 25% tax bracket. For taxpayers in lower tax brackets, the long-term capital gains rate is 0%.

A refundable credit of up to $13,360 for 2011 is available for qualified adoption expenses for each eligible child.

If you pay someone to take care of your dependent (defined as being under the age of 13 at the end of the tax year or incapable of self-care) in order to work or look for work, you may qualify for a credit of up to $1,050 or 35 percent of $3,000 of eligible expenses.

For two or more qualifying dependents, you can claim up to 35 percent of $6,000 (or $2,100) of eligible expenses. For higher income earners the credit percentage is reduced, but not below 20 percent, regardless of the amount of adjusted gross income.

The $1,000 child tax credit has been extended through 2012. A portion of the credit may be refundable, which means that you can claim the amount you are owed, even if you have no tax liability for the year. The credit is phased out for those with higher incomes.

Energy tax credits for homeowners expire at the end of 2011 and are not as generous as in previous years. In addition, a taxpayer who has claimed an amount of $500 in any previous year is not eligible for this tax credit.

Homeowners can claim an Energy Star window tax credit of up to $200 maximum as well as a water heater tax credit, which includes electric, natural gas, propane, or oil, up to a maximum of $300. The same maximum ($300) applies to air conditioners, but insulation, doors, and roof credits are capped at $500. The furnace tax credit (includes natural gas, propane, oil, or hot water) and is capped at $150 maximum and efficiency must be at 95%.

The maximum EITC for low and moderate income workers and working families is $5,751, up from $5,666 in 2010. The maximum income limit for the EITC has increased to $49,078, up from $48,362 in 2010. The credit varies by family size, filing status and other factors, with the maximum credit going to joint filers with three or more qualifying children.

For two more years, you can contribute up to $2,000 a year to Coverdell savings accounts. These accounts can be used to offset the cost of elementary and secondary education, as well as post-secondary education.

The expansion of the Hope Scholarship Credit by the American Opportunity Tax Credit has been extended through 2012. For 2011, the maximum Hope Scholarship Credit that can be used to offset certain higher education expenses is $2,500, although it is phased out beginning at $160,000 adjusted gross income for joint filers and $80,000 for other filers.

Through 2012, you, as an employee, can exclude up to $5,250 of qualifying post-secondary and graduate education expenses that are reimbursed by your employer.

A credit of up to $2,000 is available for an unlimited number of years for certain costs of post-secondary or graduate courses or courses to acquire or improve your job skills. For 2011, the credit is fully phased out at $122,000 adjusted gross income for joint filers and $61,000 for others.

For 2010 and 2011, there is an above-the-line deduction of up to $4,000 for qualified tuition expenses. This means that qualified tuition payments can directly reduce the amount of taxable income, and you don’t have to itemize to claim this deduction. However, this option can’t be used with other education tax breaks, such as the American Opportunity Tax Credit, and the amount available is phased out for higher-income taxpayers.

There is no longer an income limit for taxpayers who want to convert regular IRAs into Roth IRAs. The difference is that taxpayers who convert to Roth IRAs in tax year 2011 must pay taxes on the conversion income now instead of deferring it in later years as was the case in 2010.

Small business employers who pay at least half the premiums for single health insurance coverage for their employees may be eligible for the Small Business Health Care Tax Credit as long as they employ fewer than the equivalent of 25 full-time workers and average annual wages do not exceed $50,000. The credit can be claimed in tax years 2010 through 2013 and for any two years after that. The maximum credit that can be claimed is an amount equal to 35% of premiums paid by eligible small businesses.

In 2011 (as well as 2010), the maximum Section 179 expense deduction for equipment purchases is $500,000 ($535,000 for qualified enterprise zone property) of the first $2 million of certain business property placed in service during the year. The bonus depreciation increases to 100% for qualified property. If the cost of all section 179 property placed in service by the taxpayer during the tax year exceeds $2 million, the $500,000 amount is reduced, but not below zero.