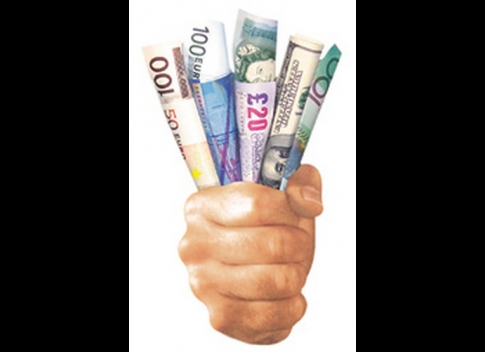 Diaspora remittances are a key foreign exchange earner for Africa with US$40-billion flowing from the west annually.

That figure is growing at 15% per year, according to the chief executive officer of Homestrings, Eric Vincent Guichard.

Founded last year, Homestrings provides investors from the African diaspora and elsewhere the means to invest on the continent by providing direct access to institutional private equity funds, projects and public private partnerships.

As remittances surge, several African governments (and private companies such as Homestrings) are actively seeking ways to shift the resource from mere sustenance remittance to more focused development and investment resources. One innovative way in which governments are financing infrastructure, education and health projects is through diaspora bonds, a concept that has gained momentum. Kenya, Zimbabwe and Ethiopia already issued such bonds while Nigeria is expected to issue one in 2012.

However, whilst diaspora remittances are a major force in nearly every African nation, it is not possible to track how much is received officially as accurate information is not held by every authority. In addition, the amount of forex which is received through unofficial sources such as friends, networks or trading partnerships slips under the eye of official watchdogs.

Some countries are actively trying to encourage sending money sent through official channels only by offering nationals living abroad financial incentives that beat the rates offered by private dealers. However, this requires a formal banking system to be operational. In areas where banks are only based areas, many are left with no choice but to receive remittances via unofficial means.

Diaspora remittance can make up a considerable proportion of an African country’s income, especially for nations where there have been conflicts. According to data from the World Bank, Eritrea received remittances which were worth 190% of its export trade and 19% of its GDP whilst Nigeria receives approximately $1.3-billion every year, making it only second to oil for forex income.

Whilst the stream of forex may be seen as a good thing, economies that rely too heavily upon it leave themselves vulnerable to fluctuations, which unfortunately are common. One study researched the annual variances in diaspora remittances between 1980 and 1999 and found that Egypt swung by 17% each year. Niger, Togo, Cape Verde and Cameroon had a potential annual difference of 50% whilst Botswana, Lesotho, Ghana and Nigeria saw their diaspora remittance see-saw by more than 100% in just one year. Experts therefore suggest that managing the amount of remittance received whilst attempting to diversify to prevent future economic downturns is the key.

As long as there are Africans in the Diaspora remittances will keep flowing, and forex trading will continue to be a major source of income. In the next nine years, the World Bank predicts that the figure will reach $200-billion annually – a significant amount of forex, which experts suggest should be used wisely to tackle the challenges facing the continent.