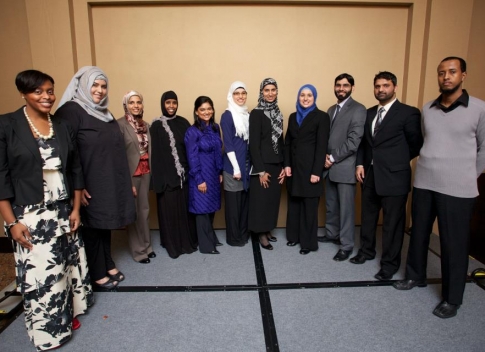 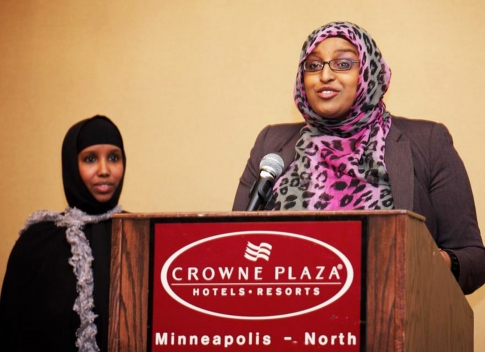 Community organizer and activist, Hindia Ali, was awarded this year’s CAIR-Minnesota’s (Council on American-Islamic Relations) Courage Award for her work in the community. CAIR-MN is the state’s only civil rights advocacy organization serving Muslims. It is affiliated with the national CAIR which is the country’s largest Islamic civil liberties group with 35 regional offices in the US and Canada.

The Courage Award is presented to a Minnesotan “who has demonstrated courage in promoting justice and civil rights”, according to Lori Saroya, CAIR-MN president.

At its annual gala which was keynoted by Imam Feisal Abdul Rauf and a surprise guest speaker- Ambassador Attallah Shabazz, eldest daughter of Malcolm X and Betty Shabazz, CAIR-MN in additon to Ms. Ali also honored Fedwa Wazwaz with the Justice Works Award. She is a community activist and blogger for the Star Tribune.

Ms. Ali who was born in Somalia is the Youth Leadership Coordinator at Somali Action Alliance and a resident with Community Organizing Residency (COR) in the Twin Cities Cohort.

She is the co-founder and former chair of Waxbaro (To Learn Something) Project, which celebrates the academic achievements and graduations of Somali college and high school students.

She assisted Congressman Keith Ellison’s re-election campaign to increase the participation of Somali voters in political campaigns. In presenting her with the award, CAIR-MN said Hindia has been a powerful voice in advocating for the rights and safety of Somali Muslims.

After a string of youth violence incidents in the Minnesota Somali community, she raised awareness and organized the community around the issue. She has also organized community rallies and regularly hosts Somali community meetings with elected officials and law enforcement.

Ms. Ali told Mshale in an email statement that “It was an honor to receive the courage award from CAIR-MN an organization that protects our American civil liberties everyday.”