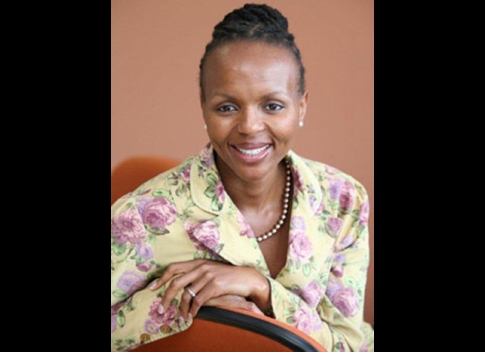 Zama Mkosi, the new CEO of South Africa’s National Film and Video Foundation, is setting her sights on taking the country’s rising film sector to the next level.

She says her organization likely will be rebranded as the national film commission over the near- to mid-term to have it set a national film agenda instead of having each regional commission doing its own thing. In addition, the country is looking at including postproduction spending to its incentives program, and she plans to boost South African production output.

“For me, the biggest goal is entrenching South African content locally,” Mkosi told The Hollywood Reporter. “We would like to make sure that the production of local content is improved, and we provide more opportunities for South African content to be produced and more players to come into the industry.”

She added: “It’s all a numbers game. If you produce 1,000 [projects], you have a chance that five will be successful and able to compete with the rest of the world. And it helps equipping people with better skills and ensuring the quality of content. We want to work more on consistency and work on getting more stuff into the world.”

In a sign that South Africa wants to be a bigger global player, the country sent its strongest representation ever to this year’s Cannes Film Festival, including 130 filmmakers and 20 films.

While South Africa is happy to have attracted such Hollywood and foreign productions as Safe House and Dredd, which has brought spending and additional experience and skills to the country, Mkosi said more local output would boost the presence and market share of South African films in the country’s 700 movie theaters.

Speaking of attracting local and international production, Mkosi also said she expects that South Africa will in the near term discuss a bill to expand its production incentives to include postproduction spending.

Any international production qualifying for the scheme can currently claim a 15 percent, soon 20 percent, rebate on its local spend for South African shoots. Local and co-productions will receive a 35 percent rebate on the first 6 million rand ($761,000) spent and 25 percent on the remainder.

Mkosi also said that the South African government is making money available for public-private partnerships to roll out digital cinemas in underserved regions of the country. She had no details to share but said as many as 10 cinemas per year could be opened under that initiative.