Home News Immigration reform: Who could be left out? 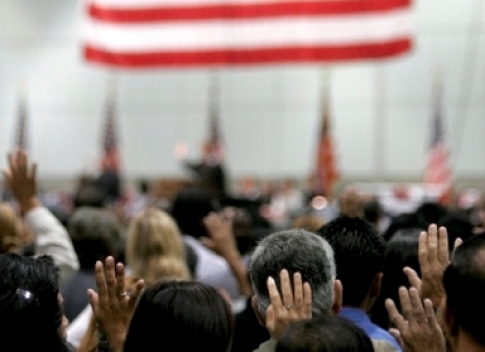 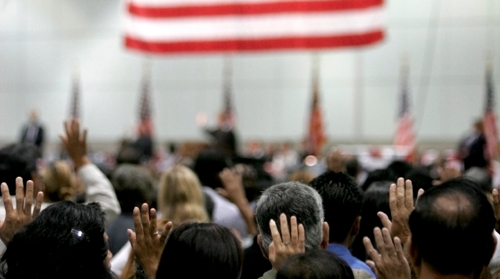 Mee Moua’s family came to the United States in 1978 after fleeing Laos four years earlier and relocating to a refugee camp in Thailand. Her father planned to bring his brother and father over as soon as he was economically secure, but he had trouble finding a steady job as a new immigrant. When he finally did get work, it was too late — his brother and father had already passed away.

Now the president and executive director of Asian American Justice Center, Moua sees her family experience as similar to that of many Asian families today who are separated for years, sometimes decades, as a result of backlogs in family-based visa applications.

Moua’s interest in the fight for comprehensive immigration reform, she says, is personal:
“It is for my family and my father and the people in my community because they are the ones who are directly affected,” said Moua, one of three speakers during an ethnic media telebriefing on immigration reform, organized by New America Media.

About 60 percent of the 17 million Asian Americans in the United States are foreign-born. Ninety percent of Asian immigrants come to the United States through family-based immigration visas, so backlogs in the system affect their everyday lives. In fact, nearly half of the 4.3 million people in the family backlog worldwide are in Asia.

Advocates are optimistic that Congress could pass a comprehensive immigration reform law this year that would include a path to citizenship for the estimated 11 million undocumented immigrants living in the U.S., along with a strong family reunification program and targeted enforcement.

Frank Sharry, executive director and founder of America’s Voice, said this optimism comes from a confluence of factors: “The president promised it, the Democrats want it, the Republicans need it, the American people support it and the immigrant rights movement is strong enough to deliver it.”

The 2012 election was a “game changer,” Sharry explained, with record turnouts from Latino, Asian and immigrant voters who played “a huge role” in re-electing President Obama, helping Democrats hold the Senate, and winning a number of contested House seats. “And,” he added, “immigration played a huge role in mobilizing Latino, Asian and immigrant voters.”

The mood at the Senate Judiciary Committee hearing on immigration reform on Wednesday was notably different from 2006, the last time Congress took up immigration reform, noted Angela Kelley of the Center for American Progress.

Despite the optimism, many remain concerned about who might be included – and who might be left out – of a federal immigration reform bill.

Advocates will be waiting to see how several key issues play out in the immigration reform debate – beginning with what will happen to the 11 million undocumented immigrants already living in the country. Will there be a direct, achievable path for them to become legal permanent residents and eventually apply for citizenship after meeting certain requirements? Or will they be converted into a class of people who exist in a kind of legal limbo, protected from deportation yet unable to become citizens, like the recipients of deferred action?

Another concern for immigrant rights advocates is that border enforcement will be used to delay other aspects of reform. Will granting legal status to undocumented workers be contingent on first achieving a secure border? And if so, how will border security be measured? Some pro-reform advocates argue that the government has already met its obligations on enforcement and are now calling for a halt to all deportations.

Advocates are also watching how immigration reform will handle visas for workers, not only in agriculture and the high-skill technology fields, but also industries like restaurants and landscaping – where there aren’t enough visas to support sizeable undocumented immigrant workforces.

LGBT immigrants, say advocates, are another immigrant group facing a unique challenge: Unlike heterosexual couples, same-sex bi-national couples are currently unable to apply for a green card through marriage. Even if they were married in a state where same-sex marriage is legal, the federal Defense of Marriage Act (DOMA) prevents them from receiving certain benefits that other couples are entitled to, including applying for a green card through a spouse. The Supreme Court announced in January that it will review the constitutionality of DOMA this year; if the high court upholds the federal law, some advocates are hoping that this discrepancy will be addressed through a comprehensive immigration reform bill.

“As we know,” Kelley said, “undocumented people get sick like everyone else.”

The question, she said, will come down to how much it costs to include them in the ACA. But, she adds, while it will cost more to include them, that amount must be compared to how much is currently being spent on Emergency Room visits and other costly forms of health care for uninsured people who do not access preventive care and often wait until they have an emergency to seek treatment.

Meanwhile, Obama met Wednesday with four Democrats in the Senate’s “Gang of 8,” in what Kelley described as a “very positive meeting,” adding that the Senate is “on track to move forward [with immigration reform] in March.”

“We have an engaged White House,” noted Kelley, “and honestly a president that’s looking at his legacy and is very much carrying the reality of the record number of deportations that will be his legacy” if he doesn’t deliver on immigration reform, she said.