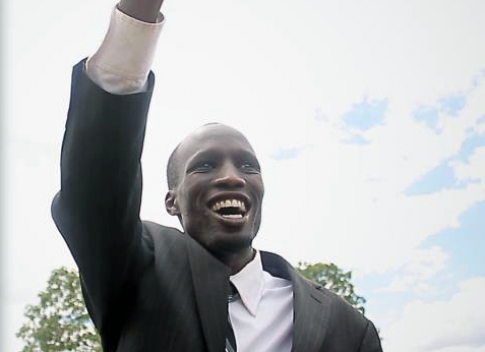 Wesley Korir, the Boston marathon champion, has been elected to the Kenya parliament, the polls’ overseeing body, IEBC confirmed.

The 30-year-old Korir, who ran as an independent candidate, defeated the incumbent Joshua Kutuny, a close ally of former education minister and Jubilee Alliance deputy president aspirant, Wiliam Ruto, to clinch the seat in the agricultural-rich district of Cherangany in Kenya’s Rift Valley province.

“It was a tough campaign running against seasoned opponents. As an athlete and an independepent candidate it was not easy for me,” Korir told AFP from his hometown of Kitale, some 326km (202 miles) north-west of Nairobi.

“It was a very expensive campaign. Kenyan elections are based on party politics, but the way I ran my campaign on development issues won over many of the voters,” added Korir, who holds a biology degree from the University of Louisville in the US.

The athlete runs a childrens’ charity foundation known as Kenya Kids Foundation, which offers educational support to many destitute children, and has also helped build an hospital clinic in the Cherangany constituency.

Korir says winning the seat, however, doesn’t mean he’s resting on his laurels.
He has already embarked on intensive training to prepare for the defence of his Boston marathon title on April 17.

Korir becomes the second Kenyan athlete to win an elective national political post after another former Boston marathon champion, Elijah Lagat, served a one four-term as member of Emgwen constituency, in the last legislative assembly.

Korir will be back in the United States shortly as he looks to defend his Boston crown on April 17 at the 117th running of the Boston Marathon.