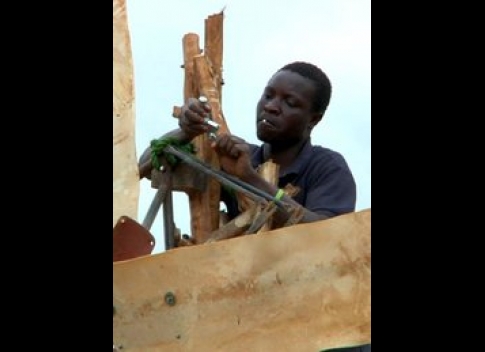 A film about a young Malawian who builds a windmill from scrap metal to save his family from famine last night won the grand jury for best documentary at the just concluded South by Southwest Film Festival (SXSW) held in Austin, Texas.

“William and the Windmill” directed by Ben Nabors is about Malawi-born William Kamkwamba who has become something of a celebrity due largely to his book deal (The Boy Who Harnessed the Wind) and TED talk and movie.

Kamkwamba is now a junior at Dartmouth. He intends to go back to malawi after college to use his new knowledge to improve his village, he told audience emmebers during and event Monday at the SXSW event.

William and the Windmill was crowdfunded by Moving Windmills, a 501(c)3 nonprofit, and the proceeds will go directly to village projects. Already installed is the solar water pump that now provides one of the only resources for clean drinking water in the area.

The full list of winners as announced by SXSW:

Special Jury Prize for Directing: “We Always Lie to Stangers”

EXCELLENCE IN POSTER DESIGN
Winner: “Kiss of the Damned”