Home News Why Africa needs its Own Ivy League institution 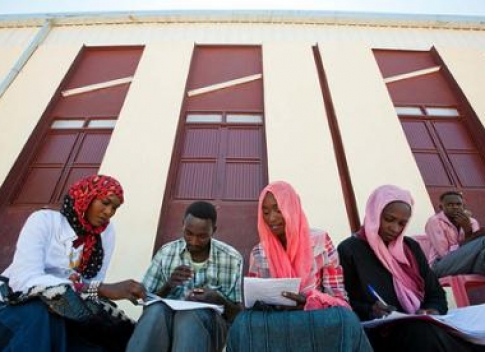 Casual readers of optimistic headlines about Africa’s high growth rates and record levels of foreign investment might be forgiven for thinking all is well on the continent – or at least that, with ‘Africa Rising’, all will be well before too long. But many of the perspectives and figures underlying these simplistic narratives obscure the complex reality of rising inequality, success in only certain specific sectors, and – crucially – jobless growth.

Indeed, on the continent itself, there is a rising sense that Africa’s growth isn’t creating enough jobs for the millions entering the labour market each year. By some estimates, 50% of young people in South Africa, and 40% in Kenya and the DRC, are unemployed. In Nigeria, approximately 30 million youths are jobless. And the International Labour Organisation estimates that in 2012, 247 million workers in sub-Saharan Africa were in vulnerable employment. Also worrying is the fact that having an education does not seem to help. In response to an advert for 100 drivers in Nigeria last year, the Dangote Group received 13,000 applicants including 8,460 with bachelor degrees, 704 with masters and 6 with PhDs. With Africa’s youth population expected to double by 2045, this could prove to be a ticking time bomb; one only needs to look at the likes of Tunisia and Egypt for a forewarning of what a growing numbers of highly-educated unemployed young people can lead to.

Broadly-speaking, there are two ways of looking at the problem: 1) the economy’s demand for labour isn’t sufficiently strong to generate enough jobs because growth isn’t fast enough and/or the sectors which are growing are not labour intensive enough; or 2) the supply of potential workers isn’t appropriately educated and skilled for the jobs that could be available.

In reality, both are true. However, the latter can influence the former, and it is the latter to which we will now turn.

Seeking studies overseas
As high levels of unemployment amongst graduates suggests, African universities are churning out armies of job seekers rather than job creators. Higher education does not even appear to be correlated with higher employment in a number of places. In Uganda, for example, 19% of Ugandan graduates are unemployed, compared to 7% of secondary school leavers. And in Nigeria, graduates are 5% less likely to be employed than those with just a basic education.