Home Entertainment Be ready to laugh when Eric Omondi brings his hilarious comedy to... 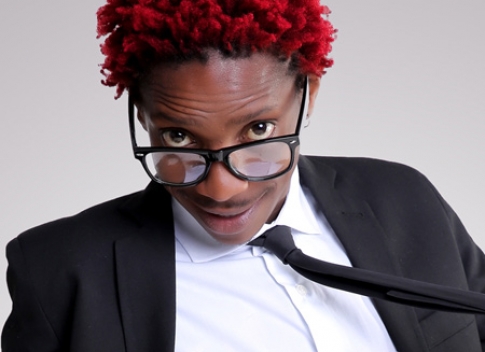 Eric Omondi, recognizable by his trademark red hair on Kenyan TV, is currently touring the United States in what is dubbed the “Untamed Tour”.

Omondi known for his wit and hilarious jokes is on top of his game in the current Kenyan comedy scene and can be seen in the popular Churchill Live show on NTV Kenya. His US tour started last week with stops in Los Angeles and Las Vegas.

Kenyan celebrity and gossip sites recently reported the prolific comedian has taken a break from the Churchill show and will be back after his US tour is completed.

The Minnesota stop is being organized by local promoters Six Figures Audio and will be at a venue called The Rink, about 30 miles west of the “African suburb” of Brooklyn Park.

Omondi will then join fans at an After-party at the monthly “Kenya Night Minnesota” at the Blue Nile in Minneapolis which Kilimanjaro Entertainment hosts. Dress code for the After party is “Nairobi Blue”. If you are not in the know about “Nairobi Blue”, just Google “Lupita Nyong’o Nairobi Blue”. The After party cover charge is $10. Deejays Big Bwoy and Nodeh will be spinning.