Home News Kenyans in Minnesota get ready for Madaraka Day 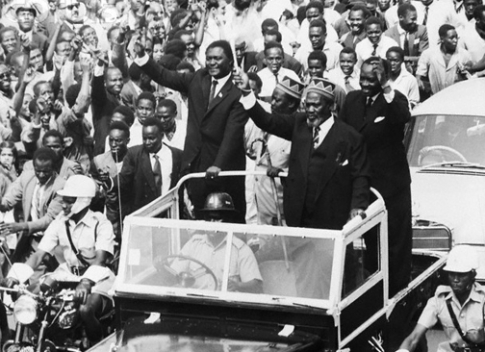 Hundreds are expected at Parkers Park Community Playfield in Plymouth this Sunday, June 1,  as Minnesota’s Kenyan-American community celebrates Madaraka Day, which marks the day Kenya attained internal-self rule from the British on June 1, 1963 in the run-up to full independence on December 12, 1963.

This will be the 51st celebration by independent Kenya. The Minnesota event will feature soccer, music and children’s activities and “lots of food”, according to the organizaing committee.

Mwanyagetinge Foundation which draws membership from the Gusii community of western Kenya is the lead organziation organziaing the celebration, in collaboration with other Kenyan associations in the state including AKIA, GOTABGAA, MEGA and KCM. The annual Madaraka day celebration draws visitors from around Minnesosta and surrounding states.

By good timimg of the calendar this year, Kenyans in Minnesota will be able to celebrate Madaraka day the same day as people in Kenya. It is a public holiday in Kenya but diaspora Kenyans have traditionally celebrated it the first weekend following the actual June 1.

Minnesota is home to over 10,000 Kenyans, among the largest in the United States.