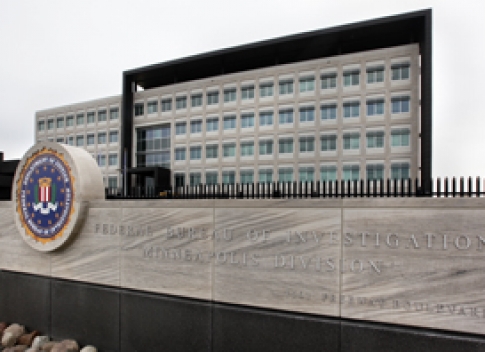 Agents from the Minneapolis office of the Federal Bureau of Investigation are collecting information from Cedar-Riverside residents as part of an ongoing investigation spurred by recent allegations of American citizens joining Syrian rebels overseas.

Rumors that neighborhood residents are illegally fighting in conflict overseas prompted agents from the FBI to ramp up their already-existing presence in the neighborhood earlier this month, said Minneapolis FBI spokesman Kyle Loven.

He said agents are actively interviewing residents and informing them about the allegations, while also trying to figure out if anyone in the community is involved.
“We’re looking for information that would indicate that someone intends to travel to a country where there’s armed conflict,” Loven said.

Since Ethiopian military forces invaded Somalia in 2006, Loven said at least 22 Somali immigrants — who were mostly young men — have left Minnesota to join al-Shabaab, a Somali terrorist organization. He said the FBI is continuing investigations into those incidents.
“Our information and history here in Minneapolis indicates that these recruitment efforts are being directed primarily at young people,” Loven said.
Citizens are allegedly joining rebel forces in going against Syrian president Bashar al-Assad’s government.

The Minneapolis FBI kicked off its investigation into potential Syrian ties in the Cedar-Riverside area earlier this month when two FBI agents met with community members at the Brian Coyle Center. Loven said the FBI will continue to work with city and state Somali groups in an attempt to gain a better understanding of what might be attracting young men to foreign countries.

“Our liaison … met with leaders to determine as many facts as they could,” Loven said.
The meeting followed a notice posted on the Minneapolis FBI’s website, which was shortly after the first death of an American suicide bomber acting on behalf of a militant group in Syria, late last month.

The FBI’s Minneapolis site called for anyone who knows someone who is “planning to and/or has traveled to a foreign country for armed combat or who is being recruited for such activities” to contact its office.

So far, the Minneapolis division is the only FBI office in the country to post such a notice online.

A large part of the FBI’s outreach will be identifying “at-risk” youth, Loven said, adding that the agency’s presence in Cedar-Riverside will work to prevent future recruitment.
Mohamed Farah, executive director of Ka Joog, a Minnesota Somali youth group, said al-Shabaab’s recruitment efforts are present in the Somali community “24/7.”

Jaylani Hussein, a board member on Minnesota’s American Relief Agency for the Horn of Africa, traveled to his birthplace in Somalia in 2008 to distribute food during a famine and help establish schools there.

“Obviously I was aware of people having gone to fight in Somalia,” he said. “But there were some people who profiled me and thought I was suspicious for having gone to Somalia.”
Hussein said those who have returned to Somalia for peaceful reasons vastly outnumber those who go for violent reasons.

Farah said he disagrees with efforts that focus too heavily on military intervention in attempt to combat terrorism instead of outreach at home.

“We tend to forget to engage the community here,” he said. “This is a two-way street.”

About Ethan Nelson , The Minnesota Daily