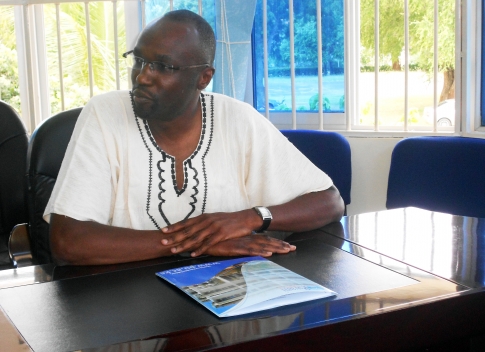 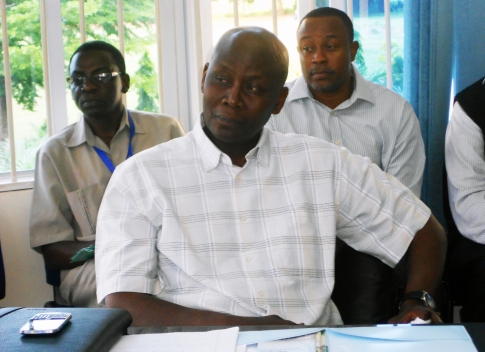 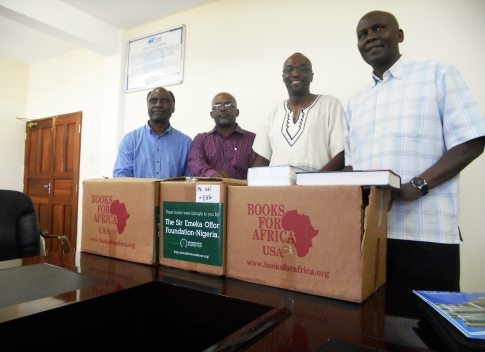 KILIFI, Kenya – Books for Africa, the largest shipper of donated text and library books to the African continent countries has vowed to expand its books donation program to end the book shortages in the region.

According to the organization’s Director of Diaspora Affairs, Mr Tom Gitaa, the United States based Books for Africa, which has been in existence for the last 25 years, has managed to donate 31 million books to 49 African countries. Kenya is among the African countries that have been receiving the books including universities, primary and secondary schools.

Gitaa was speaking at Pwani University during the launch of a new Africa-based Advisory Council for the organization. Ambassador Elkanah Odembo, the immediate former Kenyan envoy to the United States, got the opportunity to be endorsed as the first chairman of the Advisory Council for the organization in a ceremony which was chaired by the vice chancellor of Pwani University, Professor Mohamed Rajab.

Gitaa said through the partnership of Pwani University, the organization has recently managed to donate up to 300 books each to 30 primary and 13 secondary schools in Kilifi County. Headmasters from the recipient schools were also in attendance to witness the launch.

Professor Rajab thanked the management of Books for Africa for choosing Pwani University to be its partner in the program of shipping and distribution of the donated books in the region. Rajab said the reading culture needed to be improved in the country’s education institutions. The donation of books by education friendly organizations like Books for Africa was a noble idea.

The vice chancellor said most education institutions in the coast, especially primary and secondary schools lacked both text and other library books and said the donation of the books will be of importance towards improving the reading culture among the children.

“I consider it a noble gesture for Books of Africa for having seen the need to donate text and library books to our education institutions specifically in the Coast region as that will improve the reading culture among the area’s children” said Rajab.

The vice chancellor further announced that the university was putting up a library complex at the institution, a library which will give an opportunity of school children and researchers to access reading materials near them.

“At Pwani University we are putting up a library complex at the institution and am very sure this library will give an opportunity to our learning people to access reading materials near them” said Rajab.

The chairman of Kilifi County Education Council professor Gabriel Katana lamented on the poor performance of area schools in national examinations and said stakeholders in the education sector need to come together and discuss ways of improving the standards.

“It is shocking to see that a very minimal number of our children who sit for the Kenya Certificate of Secondary Examinations (KCSE) in Kilifi county manage to secure university positions through the joint Admissions Board (JAB) and this is something which us as stakeholders in the education sector have to look at” said Katana.

Speaking on what the new Council’s mission will be, Gitaa said its primary role will be to advise Books for Africa on how to be effective with its book donation program in the continent, as well as on African governmental policy matters on the ground that might affect it. The Council will operate out of Nairobi under the chairmanship of Ambassador Odembo and will include members from other African countries as well.

Ambassador Odembo, who is also the Vice President, Africa region, for the World Council of Credit Unions promised to work with the council board members and other scholars to improve the standards of education in Kenya. “Education is important and is the key to lifting our people out of poverty”, Odembo said.

Mshale Correspondent Joseph Tondo Masha is a 25 year media veteran based in the Kenyan resort city of Mombasa. He writes for such outlets as Citizen and the Standard Media Group.