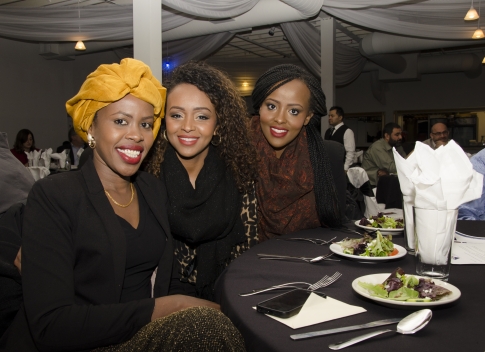 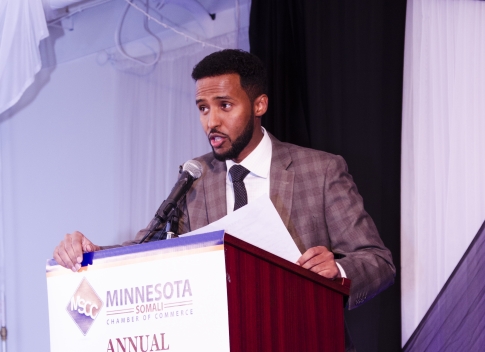 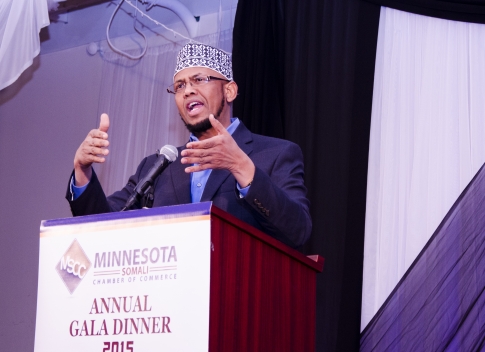 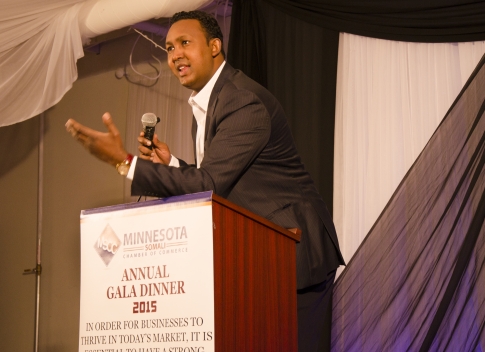 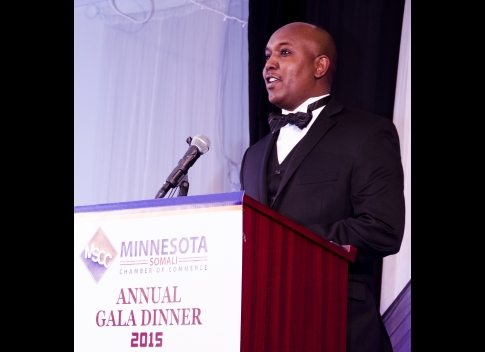 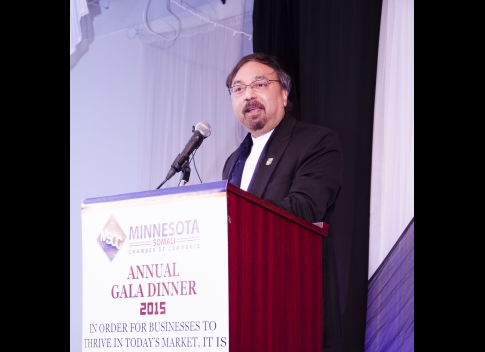 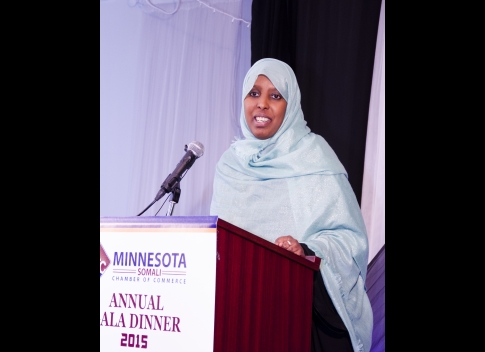 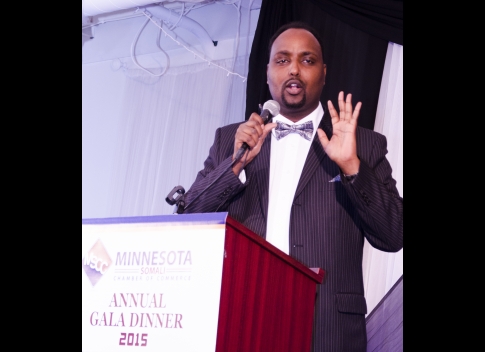 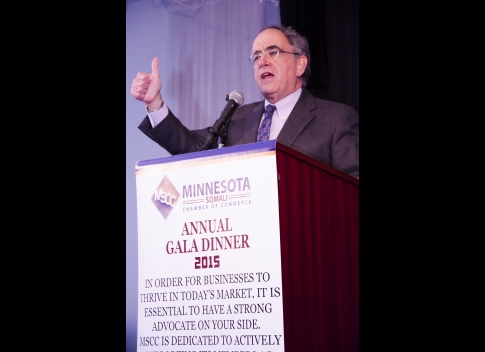 MINNEAPOLIS – The Minnesota Somali Chamber of Commerce held its first annual celebration dinner Saturday at the Safari Restaurant in Minneapolis.

Bill Blazar, interim president of the Minnesota Chamber of Commerce, and other distinguished guests attended the Somali chamber’s gala dinner to celebrate and mark its achievements.

Mohamud Beenebeene, executive director of the Minnesota Somali Chamber of Commerce kicked off the gala dinner by thanking all the parties that have contributed to the chamber. Speaking mostly in Somali, Beenebeene shared the chamber’s history and achievements and outlined visions of the chamber going forward.

The Minnesota Somali Chamber of Commerce was conceived by a group of business women and men in June 2013 and was launched in 2014. It represents more than 210 Somali businesses in Minnesota.

“This initiative was formed by a group of men and women who wanted a business platform,” Beenebeene said. “We wanted to advocate, exchange ideas and support one another.”

“Somali entrepreneurs working together to advance a Somali business is our biggest success. We have created a lot of awareness both state and federal level.”

The members of the Minnesota Somali Chamber of Commerce embraced many state officials in helping to promote the chamber. Among the officials mentioned were Mayor Betsy Hodges and Representative Keith Ellison, D-Minn.

Hodges and Ellison were not in attendance.

“We have created good relationships with Minnesota officials,” said Beenebeene. “They have paved the way for advocacy. They have also helped us understand the rules and regulations.”

Some of the sponsors of the chamber are Afro Deli and Catering, Family Care and Transportation, Medina Realty, Olympic Money Transfer, AMA and African Development Center.

Farhiya Farah, a trained researcher based in the Twin Cities delivered a captivating and powerful speech. In her remarks, the young woman spoke passionately about Somali business women’s contributions and challenges in the society.

“We have been exposed to an environment with difficulties and yet we succeed,” she said, looking at the crowd fiercely.

She continued, “Investing in a woman is an investment in the future.”

Farah’s speech was one that shook the crowd and reminded guests about the importance of a woman regardless of her ethnic background. Her heartfelt remarks earned her applause and a standing ovation from the cheering loud crowd.

Saciido Shaie and Ayan Dean, members of the Somali community shared that their main goal for the night was to “come out here and support this great initiative.”

Blazar, accompanied by his wife Mary and other members of his Chamber, took the stage to address two key points: building businesses and Minnesota’s economy. Blazer discussed the gains of the emerging workforce and how it contributes to the economy.
“Immigrants are key to supplying the workers at all levels of skills. Somalis participate and contribute critically to the workers shortage our state faces,” he said.

He advised the chamber on how to grow successful businesses in Minnesota. Blazer urged the chamber to follow the model of the Minnesota Chamber of Commerce in order to develop and grow businesses: advocacy and working one-on-one with businesses.

Blazar giving praise to the enthusiastic crowd said, “Your contributions can be much greater as entrepreneurs and as bridge to the growing African economy.”

“The businesses that have done well here have started here. In the next 20 years your entrepreneurship spirit will grow this economy substantially.” he said confidently as he gazed back-and-forth over the crowd.

Blazar highlighted the growing significance of the African market and ways the Minnesota Somali Chamber of Commerce can help to lobby for the African community.

Thinking about the link to Africa, “Somali businesses people here in Minnesota understand the culture and know the language,” he said.

“Without your voice our World Trade office will not realize or recognize the opportunities Minnesota companies have in Africa.”

He concluded by reassuring the crowd that his chamber will help the Minnesota Somali Chamber of Commerce advance entrepreneurship and be a bridge to the growing African economy.

“This (Somali) chamber will make it easier for Somali businesses to be heard by legislators at the Capitol,” she said.