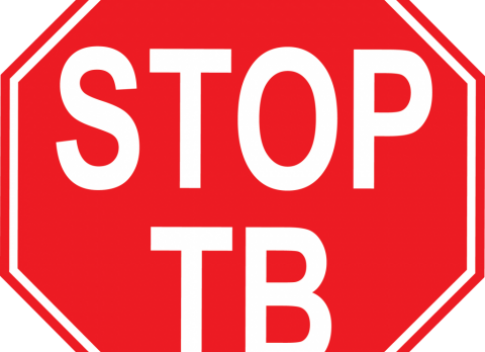 TB is a serious disease caused by a bacteria (germ) called Mycobacterium tuberculosis. TB is most often found in a person’s lungs, but TB can also attack other parts of the body, including the brain, bones, and lymph nodes.

TB is spread through the air from one person to another when a person with active TB disease in their lungs or throat releases invisible droplets containing the bacteria by coughing, sneezing, speaking or singing. A person breathing in air containing the droplets of bacteria can become infected without knowing it.

There are two phases of TB: latent TB infection and active TB disease.

People with latent TB infection do not feel sick. The TB germs are in the body, but they are contained by the body’s immune system. It is important to get medicine for this type of TB to kill the germs in the body. If the TB germs are not killed, they may escape the immune system in the future and make the person very sick.

The only way to know if TB germs are in your body is to ask your doctor for a TB skin or blood test.

People with active TB disease can become very sick and spread the TB germs to others. They may have one or more of the following symptoms: a cough (lasting at least three weeks), coughing up blood, chest pain, weight loss, fever, chills, night sweats, and being very tired for no reason. In order to be cured, a person with active TB must take special TB medicine for 6 months or longer.

TB is a Global and Local Health Issue

TB is a common but serious health problem throughout the world. The World Health Organization estimates that one third of the world’s population has latent TB infection. That’s more than 2 billion people   ! In 2013, 9 million people became sick with active TB disease and over 500,000 of those people were children. 1.5 million people died of TB in 2013.

In Minnesota, there are about 150 people diagnosed and treated for active TB disease each year. Doctors work with public health departments to help TB patients get access to free TB medications and ensure that the patients have everything they need to get well.

In the United States, including Minnesota, most doctors recommend taking TB medications to treat LTBI. This helps prevent that person from getting sick with active TB in the future. This may be different in other countries where LTBI is not treated because there are limited resources and they focus instead on treating active TB.

The BCG vaccine is given in many parts of the world where TB is common. BCG helps prevent children from getting severe forms of TB disease. BCG vaccine is not given in the United States because of the low risk of TB spreading here.

People who have received the BCG vaccine should ask for the TB blood test if they need to be tested for TB. If the result is positive, it is very likely that it is due to a TB infection and not because of the BCG vaccine.

The Minnesota Department of Health has fact sheets about TB in English and 15 other languages including: Amharic, Arabic, Bosnian/Croatian/Serbian, French, Hmong, KaRen, Khmer (Cambodian), Laotian, Nepali, Oromo, Russian, Somali, Spanish, Tibetan, and Vietnamese. These fact sheets can be downloaded at www.health.state.mn.us/divs/idepc/diseases/tb/ed/index.html.