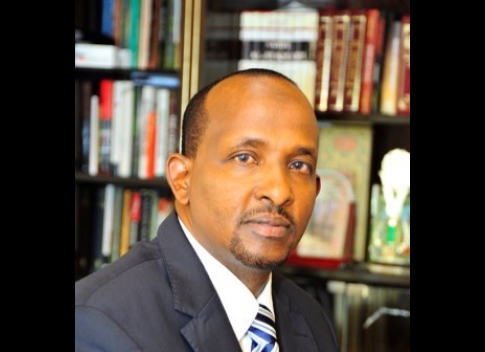 Preparations are underway to host Kenya’s Majority Leader in parliament, Aden Duale, in the Twin Cities this weekend. He will address the large Minnesota Kenyan community in a Townhall style meeting at the Ramada on Saturday, September 19 starting at 7pm.

The “I will take a bullet for Uhuru, Ruto,” Member of Parliament for Garissa town is currently in New York. Uhuru and Ruto refers to Kenya’s president, Uhuru Kenyatta and deputy president, William Ruto respectively. He made the controversial quote last year during an interview with Kenya’s leading Daily Nation newspaper.

His hometown of Garissa is home to Garissa University where on April 2 of this year Al-Shabaab gunmen killed 147 students and injured 79, drawing worldwide condemnation.

Event organizers have posted notices on the Townhall meeting on Facebook and other social media outlets. Although Duale has visited the Twin Cities before, this will be his first visit to Minnesota since ascending to the powerful post of Majority leader of the ruling Jubilee Alliance party.

Minneapolis is home to thousands of Kenyans and Somali nationals. His event is expected to attract large crowds coming at a time when the Kenyan National Human Rights Commission just released a report on extra judicial killings allegedly carried by Kenyan security forces in Northeastern, Coast and Nairobi in the name of fighting terrorism.

According to Commission’s Vice- Chairman George Morara , the Kenyan military has been accused of running secret torture chambers for terrorism suspects  where illegal detentions, beatings and other form of torture are carried out. The Commission said more than 25 people have been killed and 81 others are unaccounted for. It is alleged that these torture chambers exist inside military bases in Wajir and Mandera counties.

The Saturday Townhall is free and open to the public.

Text KENYA to 24587 to be informed of any changes to the program.

Text KENYA to 24587 to be informed of any changes to the program.