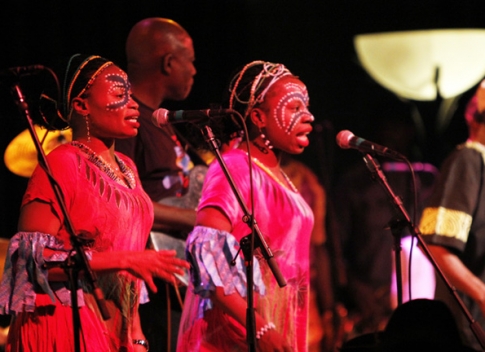 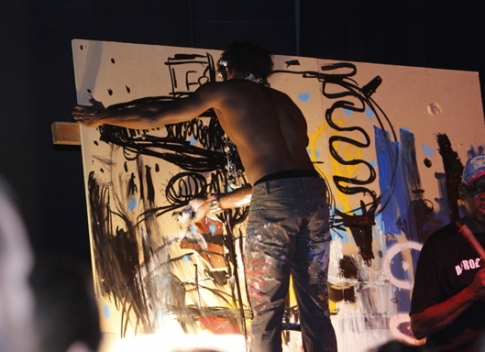 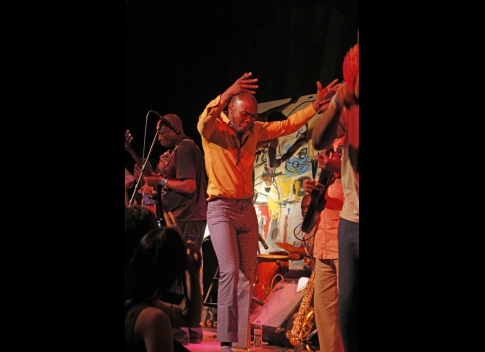 Seun Kuti & Egypt 80 performed on short notice at The Cedar Cultural Center in Minneapolis the evening before Thanksgiving, November 23rd. They rocked the standing-dancing crowd of over 200 people for two hours in a single set. Afrobeat, a sound created by his father, Fela Kuti, has been polished until it shines by Seun Kuti.

As a first-time Kuti-concert goer, Bill Rainey enjoyed watching the musicians both individually and as a group. He said, “The Cedar was the perfect venue, because the music and dancing, while lively, [was] still very intimate, and Seun Kuti really connects well to the audience.”

This connection was evident in his call-and-response numbers as well as his engaging smile that he flashed frequently at the audience. While his charmed the audience, he also recalled the fire of his father in politically charged lyrics and his reference to the current political climate here in the States. He holds true to his belief that “art has a responsibility to society.” It’s not only or always about making another dollar.

The band, a mix of members from his father’s band, 1979-1997, and newer members filled the stage, with a dozen musicians creating the huge sound by which the Kutis are known. Songs lasting ten minutes and more were frequent.

An unusual yet appealing part of the performance included a visual artist creating an abstract painting on a 12’ x 12’ easel. The artist painted the entire show in reaction to the music and energy on stage. Christina Morgan, taking in Seun for the first time as well, especially enjoyed this unique dynamic to the show.

The not-yet 35-year old singer, composer, and saxophonist performed on stage in those roles and also as a social activist pointing out injustice both through his music and outright as he spoke to his rapt audience. His tour featuring his latest EP “Struggle Sounds” continues through mid-December.