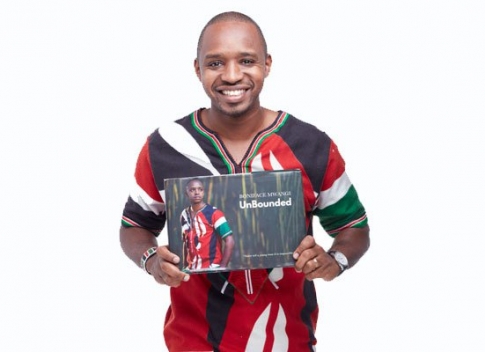 World renowned Kenyan photojournalist, author and human rights activist Boniface Mwangi who is on a US tour will have a book signing ceremony in Minneapolis on Sunday, January 22 at 3:00pm to launch his autobiography, Unbounded.

The award winning photojournalist is also an aspiring legislator for the Kenyan parliament having declared his intention to vie for Starehe constituency in the capital city of Nairobi.

The deputy president of Kenya sued him for defamation last october following a tweet Mwangi sent out on September 28 accusing the country’s deputy leader of corruption, murder and land grabbing. You can read the tweet here.

The autobiography was launched officially in Nairobi last November and the Minneapolis event is part of activities around the United States to promote it and his parliamentary aspirations.

He is the winner of numerous global press awards and was a TED Fellow in 2010.

In reviewing Unbounded, the Nation, a leading newspaper in Kenya said “Mr Mwangi presents himself as a boy so radical that both his grandmother and mother gave up on him at some point in his life.”

Mshale Photojournalist Richard Ooga who has known him from his days in Kenya and considers him a friend said people should come out and meet his good friend as “he is a very inspiring speaker.”

You can view his TED Talk below.The Amazon link for the autobiography is here.