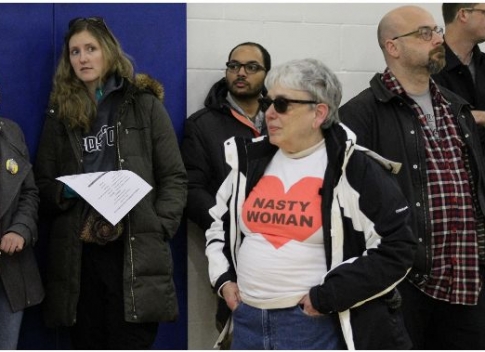 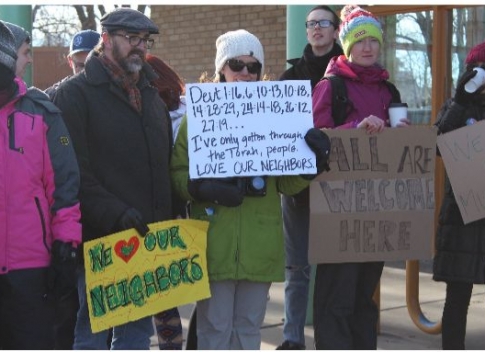 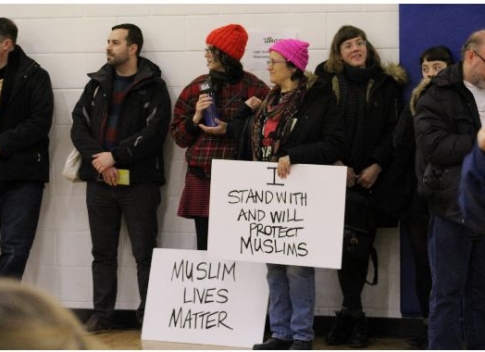 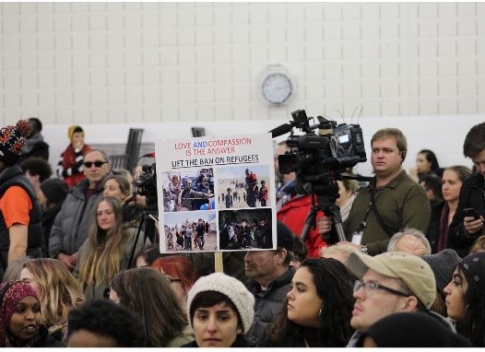 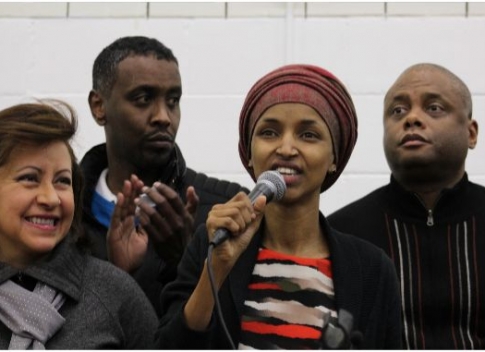 Less than a week into his presidency Donald Trump has signed a whirlwind of executive actions, the latest of which is a ban that targets Muslim majority countries in the Middle East and Africa. The executive action was signed and implemented on Friday January 27 on Holocaust Remembrance Day.  The order bars individuals coming from seven Muslim majority countries from entering the US for a period of 90 days. The countries listed are Libya, Syria, Iraq, Iran, Yemen, Sudan, and Somalia. It also suspended the refugees from entering for a period of 120 days. President Trump stated the need for “extreme vetting” as the stated goal of the executive action saying that it will help “keep radical Islamic terrorists out of the US”.

In Minnesota, State Representative Ilhan Omar of District 60B in Minneapolis called a community meeting to discuss the executive action, which as soon as it was signed was affecting of Somali-Americans and members of the Muslim community. The purpose of the meeting was to inform, educate, share resources, and fundraise. On Sunday January 29th community members, elected and city officials, leaders of Jewish and Christian faith groups, as well as individuals directly affected by the executive order rallied together at Brian Coyle community center in Minneapolis. This gathering was to show support for those affected and have their voices heard.

The rally began with prayer from a local Imam who asked for “unity of hearts” before representative Omar delivered her opening remarks. “Here in the United States diversity is welcome, we do not and will not further the politics of division” said Omar. As an elected official Ilhan Omar has some privilege but she expressed her own concerns for not wanting to leave the country for a speaking engagement in Turkey that will occur in a few days. After already dealing with profiling and extra scrutiny Omar said she is not sure if leaving the country is worth the risk of possibly not being able to return immediately after her engagement. To strengthen resistance against the ban, Omar urged the community to show up and support the cause.

Mohamud Noor, executive director of the Confederation of Somali Community in Minnesota (CSCM) stated that starting on Monday January 30 there would be a crisis desk at the CSCM office. Attorneys will be available to help individuals who are currently affected by the ban as well as counseling resources.  Regarding Trump’s executive order, Noor said, “this is not who we are this is not how American’s are. This is the land of immigrants”.

Minnesota is home to the country’s largest Somali community, majority of them Muslims.  Those at the rally considered the ban a personal attack to their cultural and religious identities that will serve to isolate and alienate individuals from the countries.

Islamophobia, which was already on the rise leading to the election that ushered Donald Trump into office, is expected to increase following the president’s executive order.

As of the posting of this story, Democratic lawmakers have been vocal in their denunciation of the order and only three prominent Republicans that have joined in that denunciation. The three are US Senators Lindsey Graham and John McCain and former Vice President Dick Cheney.

Popular hashtags where people are showing their support and making donations to help those affected include #NoBanNoWall and #BlackMuslimsResists across social media platforms.