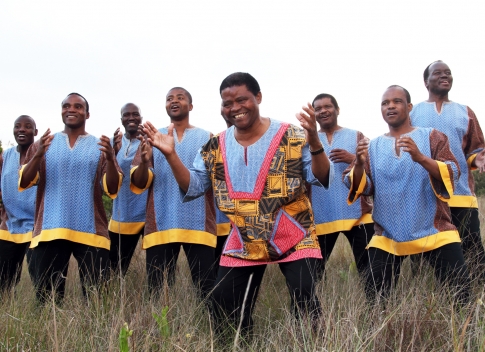 Four-time Grammy winner, South Africa’s Ladysmith Black Mambazo, will be back in the Twin Cities on February 4 at the State Theatre in Minneapolis.

The group, known for their plifting harmonies that dwell on love and harmony and given their country’s history, freedom of the political kind.

Walking in the Footsteps of Our Fathers is their first studio album in five years. The group is well known and popular in Africa but in the United States, they are best known as the center stage of Paul Simon’s 1986 record Graceland. It was recorded with South African musicians as the peak of a global cultural boycott against the apartheid regime then ruling the nation and its apartheid laws.

Ladysmith Black Mambazo will perform at 8 pm on Saturday, February 4, at the State Theatre in downtown Minneapolis. Tickets range from $29.50 to $49.50. Show is all ages.